All religions places will remain closed for the next 15 days.

The Assam Government has released a fresh set of SOPs (Standard Operating Procedures).

According to the fresh set of SOPs, curfew timings across Assam has been extended.

These SOPs will remain enforced for 15 days starting tomorrow 5am.

From tomorrow curfew will come into force from 2pm in urban areas of Assam.

Moreover, all religions places will remain closed for the next 15 days.

On the other hand, all market places will close their shutters by 1pm in urban areas.

All weekly markets will also remain close for the next 15 days.

However, in rural areas, curfew will come into force at 6pm and shops will close by 2pm.

Assam DGP Bhaskar Jyoti Mahanta sent out a strong warning to the violators saying that stern action would be initiated against violators.

“Anyone violating the SOPs will be dealt with strong hands,” Assam DGP Bhaskar Jyoti Mahanta said.

“Anyone found organising functions during this period, would be charged with attempt to murder case,” added Assam DGP.

A maximum of 10 persons have been allowed for weddings. 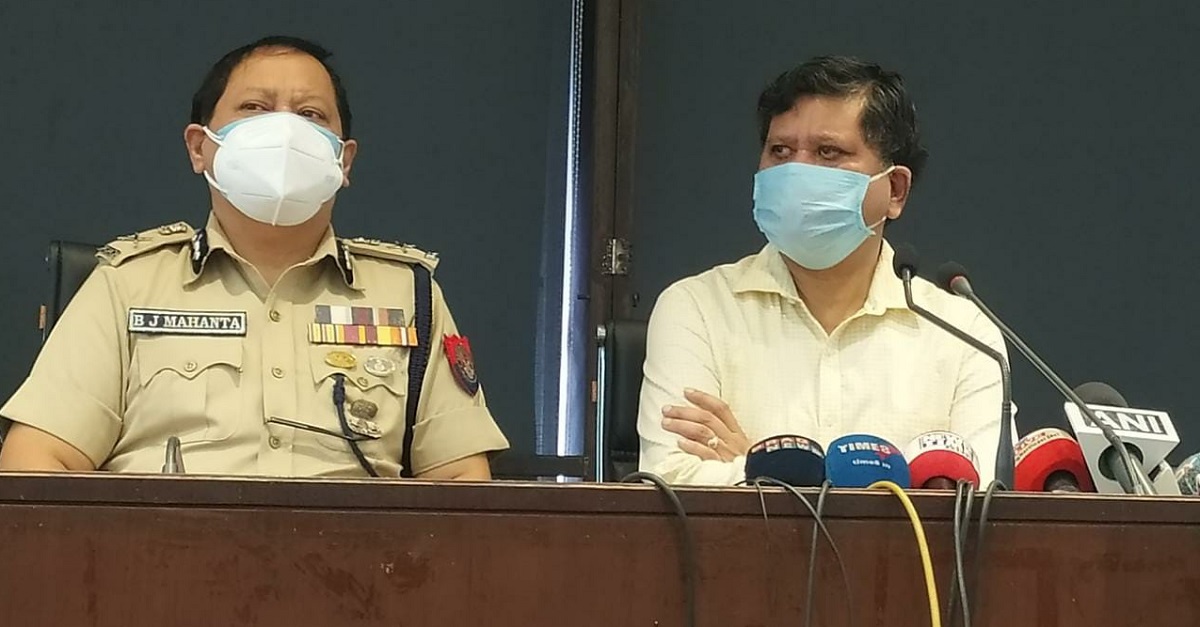 Buses have been allowed to operate with only 30 percent passengers.

Pillion riding has been banned according to the new SOPs.

However, women and children pillion rider have been allowed.

Moreover, all government and private offices would remain close for the next 15 days. 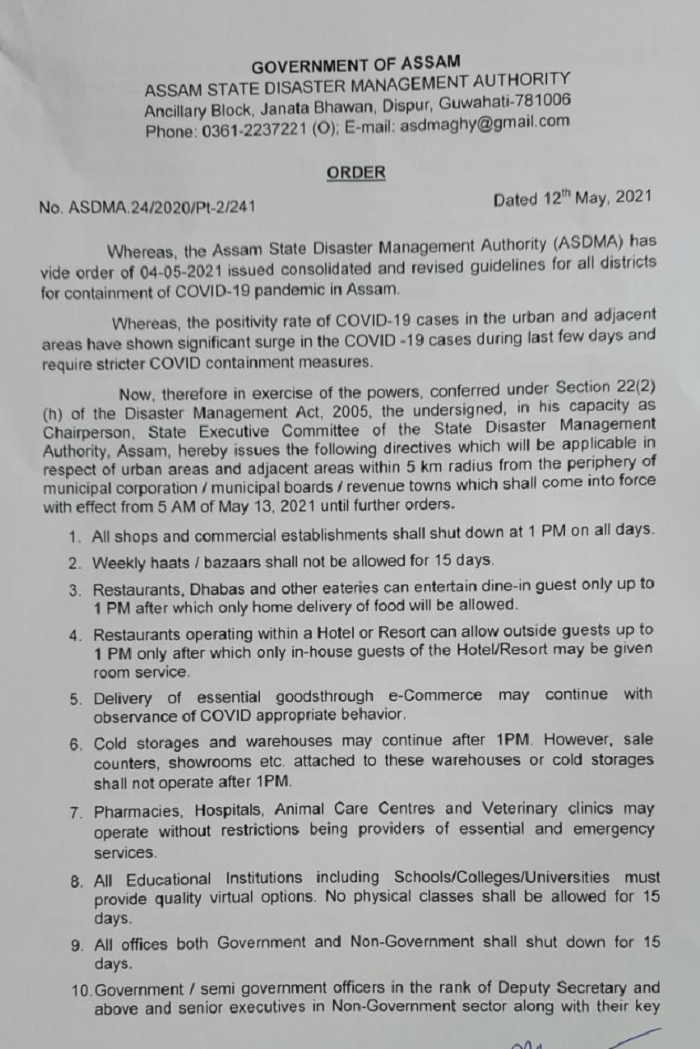 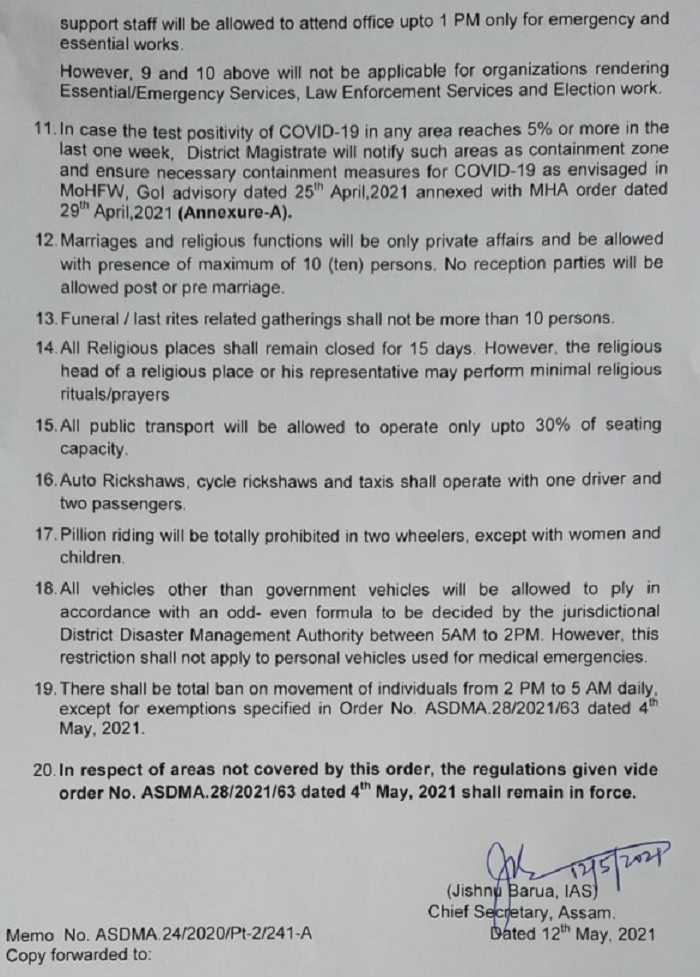