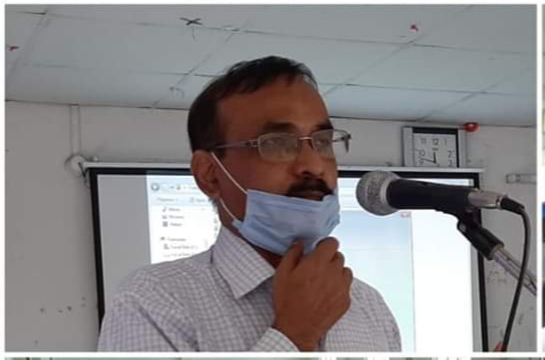 The tag line of misrule and corruption in Assam’s BTC has now become the daily routine.

In various times the practice of unlawful activities and nepotism by the Hagrama led BPF has been exposed by various stockholders.

On Tuesday, another such type of practice is exposed in the office of director of education BTC.

The accused is Lakhan Ch Das who himself is the vice principal of Shakti Ashram Higher Secondary School.

Hagrama Mohilary led BPF government has assigned him to perform the duty of officer on special duty (OSD) under SSA Kokrajhar and BTC director office in Kokrajhar.

Still he has been adorning the dual post – one is the principal of Shakti Asharm H S school another is the DPM (TT).

The DMC of Kokrajhar Bijay Baisnab alleged that the accused Lakhan Das has been maintaining and performing his duty unlawfully and he is also indulged in so many corruption cases.

“So I appeal the concerned authority to inquire the matter to explore the real fact,” he said.

It is said that the Kokrajhar DMC with an immediate effect will send complain to the director of SSA.

Khabir Ahmed, the director of eduction BTC has assured in front of the media that this matter will be looked upon and investigation will be held as per law.