Assam Congress takes out massive rally in Jorhat against CAA

Sanmilita Lachit Sena protests against CAA in front of the DC office complex, three of its members tonsure their heads

The Assam Congress under the leadership of state party president Ripun Bora took out a massive rally against the Citizenship Amendment Act (CAA), 2019 on Tuesday.

Addressing a huge gathering near the Jorhat Stadium, prior to the rally, Assam Pradesh Congress Committee (APCC) president Bora said the Congress always looks out for the interests of the people.

Bora said it was the Congress which, under the leadership of Gopinath Bordoloi, had stalled the attempt to include Assam into East Pakistan.

He also said it was the Congress which had stopped undivided Goalpara (comprising five districts) from merging with West Bengal.

“The Congress always rises to the occasion when a crisis hits Assam and our party will fight tooth and nail against the implementation of the CAA in Assam,” Bora said. 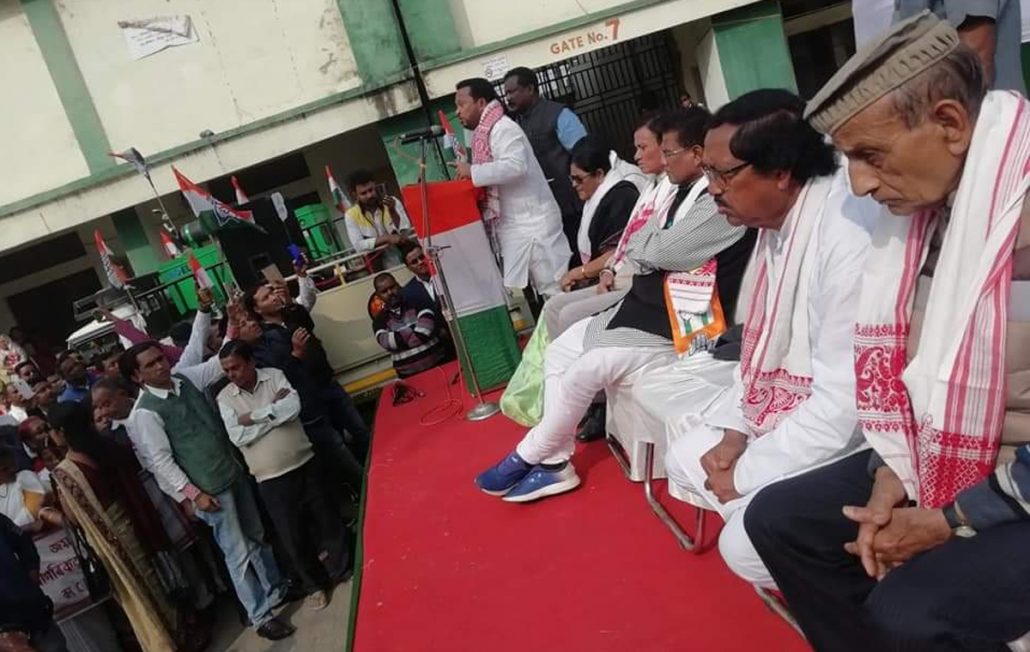 Referring to health and finance minister Himanta Biswa Sarma’s recent remark that the Assamese would always prevail in Assam, Bora said, “Himanta Biswa Sarma needs not to affirm this as Assamese is already the official language of Assam.”

“But he (Himanta) should better read Article 347 of the Constitution which states that the official language of a place would be the one which is spoken by the majority of people,” said the Assam Congress president.

“There is a real threat to the Assamese language if Assam absorbs a huge migrant population from Bangladesh over and above the already existing ones,” he further said.

The Sanmilita Lachit Sena also protested against the CAA in front of the deputy commissioner’s office complex with three of its members tonsuring their heads.

WhatsApp is the most-used teaching medium amid lockdown: Survey

Meghalaya: Iron lady who stood against uranium mining is no more