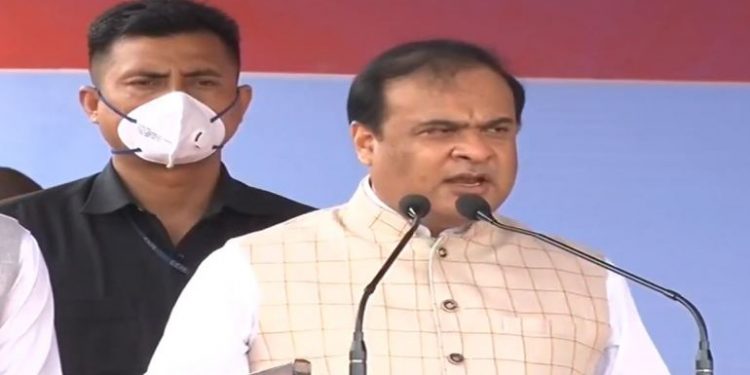 Saikia reminded the chief minister that Sarma had uttered ‘Jai Bangladesh’ on the floor of the Assam Legislative Assembly in December last year.

He uttered the cry in the House when Congress MLA Rupjyoti Kurmi was addressing the Assembly opposing the Citizenship (Amendment) Bill (CAB).

Six students from Cotton University had lodged an FIR at Panbazar Police Station against Sarma for promoting enmity between different groups.

However, the case was later transferred to Dispur Police Station on jurisdictional grounds, Saikia stated.

He pointed out that Sarma is alleging that the slogan of ‘Pakistan zindabad’ was raised in the presence of AIUDF chief Badruddin Ajmal but Sarma had himself uttered ‘Jai Bangladesh’ at no less a venue than the Assam Legislative Assembly.

These words have been recorded in the Proceedings of the House, he said.

In the context of the alleged ‘Pakistan zindabad’ slogan, Saikia mentioned that Facebook officials have already placed Dr Sarma’s post in the ‘false information’ category.

Saikia said no action has been taken against Sarma for 11 months even though he sang paeans for another country after having taken oath on the Constitution of India.

He further said in case the Chief Minister believes in democracy and the Constitution of India, he should show the courage to take action against Sarma.