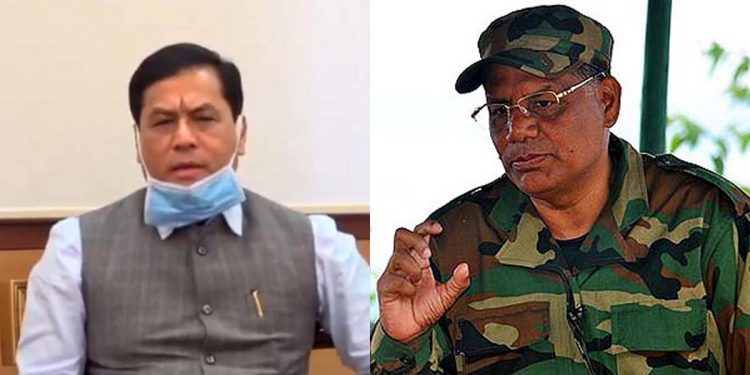 Assam chief minister Sarbananda Sonowal on Saturday appealed to ULFA (I) C-in-C Paresh Baruah to release both the employees of Quippo Oil and Gas Infrastructure Limited.

Talking to newsmen in Dibrugarh, Assam CM Sonowal said, “We have appealed to the ULFA (I) to release the employees of Quippo on humanitarian ground.”

“Our doors are always open for talks. Therefore, we have appealed to ULFA (I) C-in-C Paresh Baruah to shun the path of violence and come to dialogue because only through dialogue and peaceful talks, problems can be solved,” chief minister Sonowal said.

“Many insurgency groups have shunned violence path and come to peace talks. Recently, many rebel groups have surrendered and ready for dialogue,” Sonowal added.

Pranab Kumar Gogoi, a drilling superintendent from Sivasagar district in Assam and Ram Kumar, a radio operator from Bihar, employed with Quippo Oil and Gas Infrastructure Limited, a Delhi-based company, were abducted from the company’s drilling location in Arunachal Pradesh’s Changlang district on December 21, 2020.

In a statement on Friday, the outfit mentioned that their negotiation with the company between February 16 to 19 had been rendered “fruitless” and “final actions” against the duo will be taken after completion of a week from last Friday.

ULFA (I) demanded a ransom of Rs 20 crore for the release of the two employees and had set a deadline of February 17 for the company.

Speaking to media persons, G. Ramesh, executive director and state-level coordinator of Indian Oil Corporation Limited (IOCL), appealed to ULFA (I) to release both the employees of Quippo Oil and Gas Infrastructure Limited.

“Both the employees are not the direct employees of IOCL. They are working for Quippo. We have appealed to the rebel outfit to release them as soon as possible,” Ramesh said.