ULFA (I) to ‘kill’ two kidnapped Quippo employees next week

ULFA (I) on Friday made it clear that the banned outfit is going to kill the two kidnapped oil drilling firm officials next week.

ULFA (I) publicity wing member Rumel Asom in an emailed statement said that the outfit has decided to take action against the two officials as they have not got any positive response from the oil drilling firm Quippo Oil and Gas Infrastructure Limited. 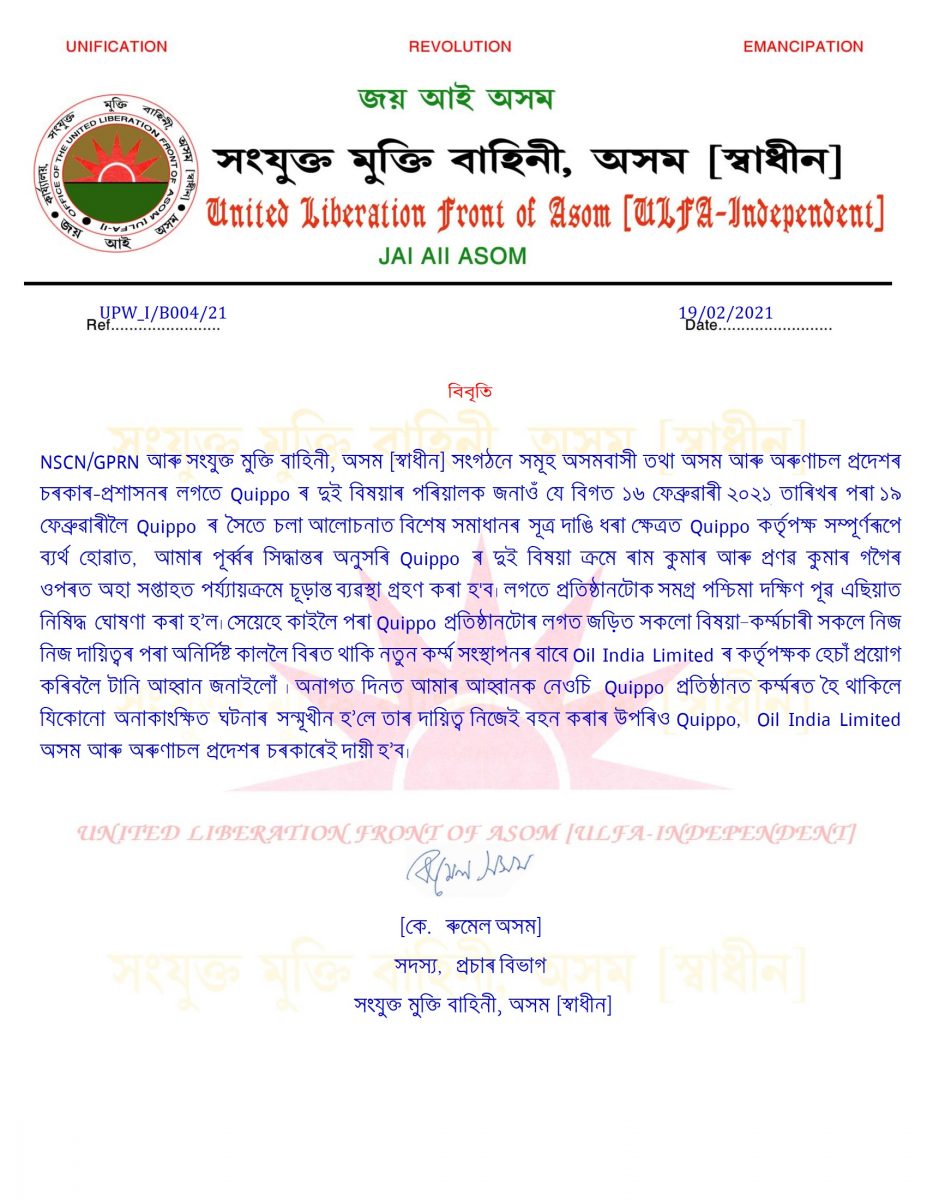 The two officials were taken away to an undisclosed location in Myanmar.

“The authorities of Quippo failed to offer any solution during the negotiation between February 16 and February 19, 2021. We have therefore decided to take action against Ram Kumar and Pranab Kumar Gogoi in a phased manner,” ULFA (I) said in the statement.

While Gogoi is a resident of upper Assam’s Sivasagar, Kumar hails from Bihar. The Quippo Oil and Gas Infrastructure Limited, operates oil and gas drilling sites in Assam and Arunachal Pradesh.

The Paresh Baruah-led insurgent group further said the ULFA (I) has banned all activities of drilling firm Quippo in South East Asia.

“We have called upon the employees of the company to refrain from doing their allotted works and press Oil India Limited (OIL) authorities for creating new jobs them,” the statement said.

ULFA (I) chief Paresh Baruah had reportedly asked the New Delhi-based Quippo Oil to pay Rs 20 crore for the release of the two employees.