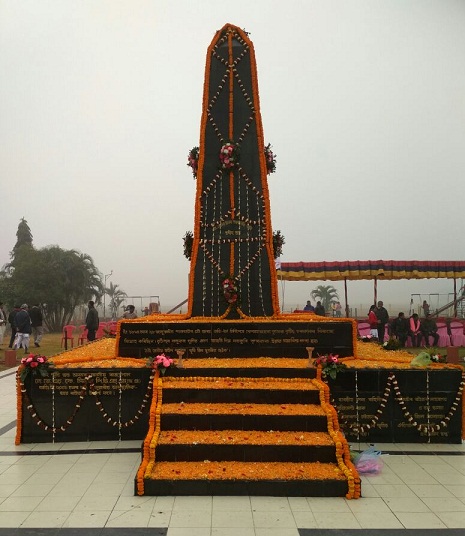 Assam chief minister Sarbananda Sonowal on Tuesday paid tributes to the brave farmers on the occasion of 126th anniversary of Patharughat Uprising which was a large peasant movement against the British.

‘The #PathurughatUprising was one of India’s first peasant movements against the British. My solemn tributes to the farmers, whose supreme sacrifice exemplify the spirit of valour and patriotism.’

The Pathurughat Uprising was one of the freedom movements that had been taken out by the farmers of Assam against the unethical laws of the British at Patharughat in Darrang district.

On January 28, 1894, many farmers of Assam gathered at Pathurughat to protest against the increasing tax levied by the British.

During the protest meeting, the farmers had decided that they would not pay any taxes to the British until a proper solution was established by the British as the increasing tax had left many por farmers in a state of despair.

While the protest meeting was going on, the then Deputy Commissioner of Darrang district, JD Anderson, SP Barrington and SDO Remington, arrived at the venue along with full police force.

Although the farmers urged the British officials to listen to their summons, the latter refused to decrease the level of tax following which the former created an uproar.

However, the police opened fire on the orders of Barrington which killed 140 people at the venue besides leaving hundreds of others injured.