Assam chief minister Sarbananda Sonowal on Wednesday presented Anundoram Borooah Award 2020 to students, who secured 75% marks or above in the HSLC examination 2020 at a programme held at Srimanta Sankardev Kalakshetra.

As part of the award, an amount of Rs 20,000 each was directly transferred to bank accounts of 16,944 students for purchasing laptops.

The chief minister transferred the amounts through the press of a button while ceremonially presenting cheques and certificates to 5 students.

A total of Rs 34 crore has been released by the government for the purpose.

Urging the students who received the award constituted in the name of a great personality like Anundoram Borooah to shape their lives following the ideals of such personalities, Sonowal called on the young students to utilize their talents and intellect for the overall growth of Assam.

He also remarked that the state’s youth has the potential to shine at the world stage and said that the youth must strive for taking advantage of conducive environment for business, cultural and other exchanges brought about by Act East Policy.

“Young students must strive hard to acquire knowledge, which is power in this age of globalization, to achieve success in life,” the CM said. 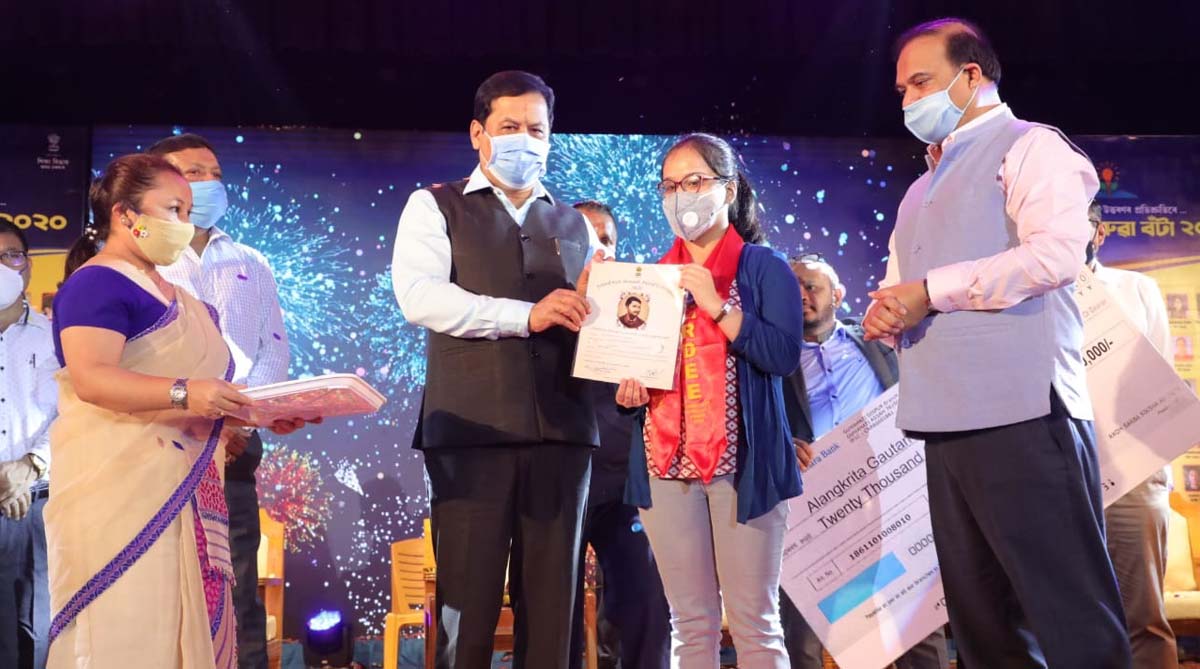 “Even fertile lands must be tilled for increasing agricultural production and therefore, youth must harness their latent talents to achieve full potential to benefit the society.

“The successful students in HSLC must consistently endeavour to achieve excellence in the future as well,” the chief minister said.

Sonowal said that the state government initiated a programme named Discover Assam in 2016 to find the state’s latent potentials and harness them and he called on the youth to contribute in this endeavour.

Speaking on the occasion, education minister Himanta Biswa Sarma said Anundoram Borooah Awards, which was started in 2005, have benefited a total 3,73,855 students till now and it has become one of the flagships schemes of the government.

Counting numerous steps taken by the state government to develop the education sector of Assam, Sarma highlighted the achievement of Assam grabbing 5th position in the country’s literacy rankings and 2nd position in taking education to the doorsteps of people.

He also said the state’s students have shown better performance in national level exams in recent years and Assam has become one of the top states in spending up to 6% of its GDP for education and health sectors.

Deep in love, Tripura teenagers secretly fly from Agartala to Chennai, recued by Childline at Airport

CBSE, ICSE likely to postpone Board Exams by 45-60 days: Reports