Earlier, Assam CM Himanta Biswa Sarma had said that his Government will work for resolving border disputes among Northeast states. 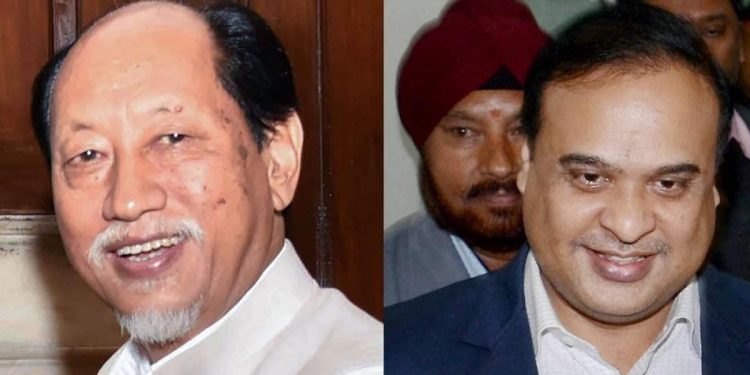 Both the chief ministers discussed issues related to “border management and development”.

The development was confirmed by Assam Chief Minister Himanta Biswa Sarma on Friday evening via tweet.

We discussed issues of mutual interest and how the two governments can work together and collaborate on strategic matters including border management & development.

Earlier, Assam CM Himanta Biswa Sarma in an interview had said that the Assam Government will work for resolving the border disputes among the Northeast states.

CM Sarma said that inter-state border disputes among the Northeast states is a major stumbling block in taking a unified policy for the region.

He said that resolving border disputes among Northeast states will be the Assam Governments priority.

“Rivalry in maintaining the borders and these have acted as a stumbling block towards developing a unified policy for the development of the region,” CM Himanta Biswa Sarma had said.

“Resolving border disputes among our sister states and bringing uniformity in various policy approaches like tourism, infrastructure development and connectivity, which will go a long way in the development of the region, are among the important objectives of my government,” CM Sarma had said.

Notably, the United Naga Tribes Association on Border Areas (UNTABA) on Thursday had urged the Nagaland government to initiate chief ministerial-level talks with Assam and review all the interim agreements immediately.

Condemning what it called “unilateral intrusion” of the Assam government inside the Nagaland lands and establishment of camps for its armed police and forest personnel, the association alleged that the present imbroglio at Vikuto village under Tsurangkong range is a result of a deliberate attempt by the Assam government to encroach and allow more settlements for the illegal immigrants in the disputed area belts.

“This is nothing new but a systematic approach adopted by the Government of Assam over the years to occupy large tracts of Naga lands in the border areas,” UNTABA chairman Hukavi T Yeputhomi and general secretary Imsumongba Pongen had said in a release.