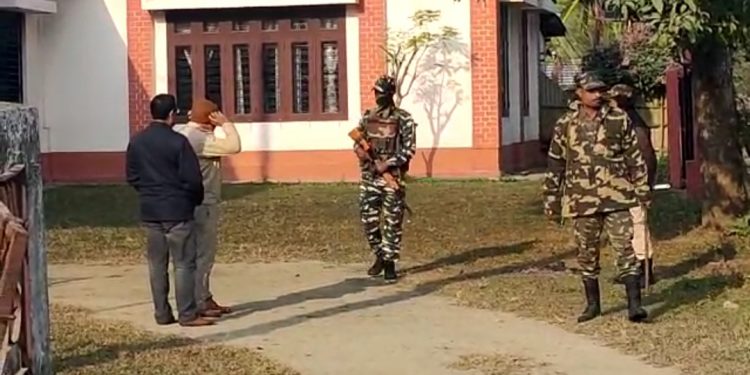 A two-member team of the Criminal Investigation Department (CID) on Thursday conducted a search operation at the residence of Bir Lachit Sena leader Sringkhol Chaliha in eastern Assam’s Sivasagar.

The CID team arrived at the residence of Chaliha situated at Phukan Nagar in the town at around 6:30 am.

The CID team was assisted by personnel from Sivasagar Police and CRPF.

It is learnt that the police team questioned the family members of Chaliha including his ailing parents.

Though the team did not find anything objectionable in the residence, the mobile phone of Chaliha’s mother was seized.

“We know how to raise a voice of protest. We are being troubled so that we bow down to those at the helm of power,” he said.

He also said, hundreds of police personnel entered their residence only to create an atmosphere of fear and terror.

“I will never silence my voice of protest,” he also said adding that the government has launched a kind of ‘terrorism’ against anti-CAA protestors.

He also called upon the people of the state to stand by him at this hour of crisis.

Dibrugarh police on December 20 last had arrested Sringkhol Chaliha, organizing secretary of Bir Lachit Sena from Lepetkata area at Barbaruah of Dibrugarh district in connection with a Guwahati case.