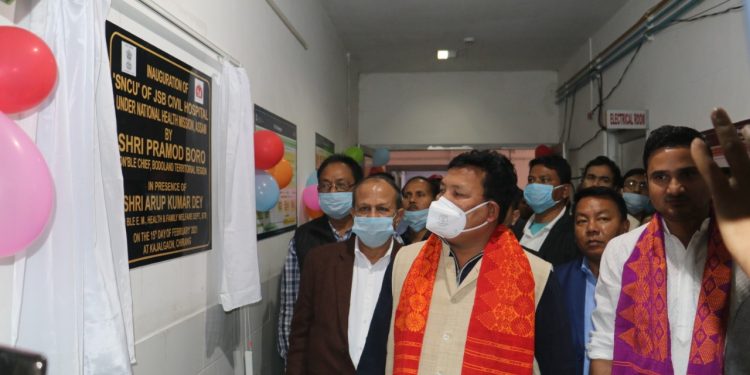 Speaking on the occasion, Pramod Boro said “The new well equipped SNCU would help reduce the infant mortality rate in Chirang. The JSB Civil hospital had already had various pieces of medical  machinery including equipment for newborn babies, but the previous BTC government did not install them.”

“A sick infant can access timely medical treatment at the SNCU now, which goes a long way in saving precious lives” he said.

Boro further said that all the unused medical equipment available in the civil hospital would also be made functional within a short period of time.

The chief executive member also expressed concern over the early marriage of girls as a physically immature mother cannot deliver a healthy child.

“We should prevent early marriage in the society by generating massive awareness among the public,” Boro said.

He also ordered the district health authorities to organize blood donation camps at various locations to encourage people to donate blood and enhance the stock of blood bank available in the hospitals.

Meanwhile, BTC executive member Arup Kr. Dey announced that all ASHA workers would be provided with Android mobiles and an eye hospital established in the district soon.