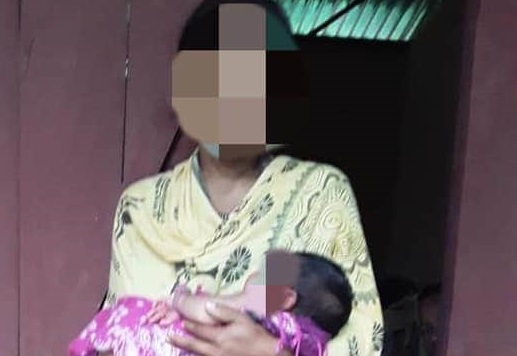 COVID-19 pandemic has hit hard the lives of poor and under-privileged in Assam and elsewhere.

The daily wagers, farmers, forest dwellers are struggling to feed their family members due to no work and earning.

The situation has come to an extreme level on Tuesday where parents are forced to sell their newborn baby for money to survive.

In another way, traffickers are actively working round the clock to reach out to poverty-stricken forest villages and flood-affected areas to motivate the poor parents and take their kids.

Her husband is a returnee migrant from Gujarat.

He lost his job due to COVID-19 lockdown and returned home empty pocket.

In his village also he has no work and no money to feed his wife, one year girl and four months baby.

One nefarious woman approached him and motivated him to sell his four months old baby for adoption in Karbi Anglong district in Assam.

Finally, the deal was done to sell the baby for Rs 45,000 and two ladies forcefully took away the child from her mother’s arms.

The mother not able to bear the loss raised alarm in the village and villagers approached Kochugaon police to recover the baby.

While questioning he narrated the case and baby was rescued from the house of the two women in Kokrajhar town and the baby was finally handed over to the mother.

All persons involved in the racket are arrested now.

Nedan Foundation team thanked the Kochugaon police for timely action and rescuing the four months old baby and giving her back to mother.