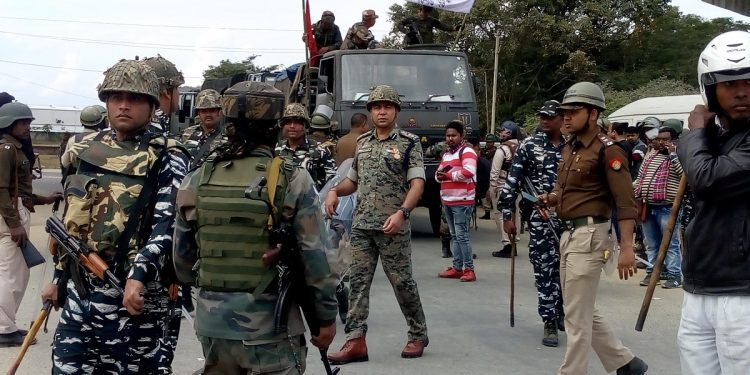 The incident took place at Bokel in the district.

Police restored to lathicharge to disperse the mob. Several protestors were injured including journalists who went to cover the protest.

Meanwhile, protesters blocked the National Highway 37 at Bokel Tiniali and burnt tyres on the road for hours.

Later Army was deployed at Bokel to control the situation.

The situation is still tense at the time filing this report.