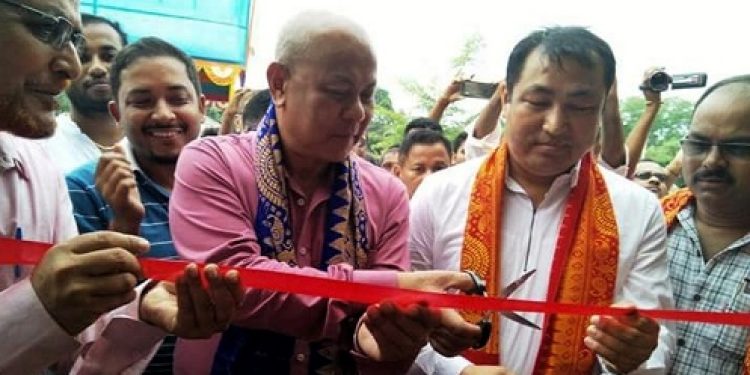 The model hospital, foundation stone of which was laid way back in November 10, 2014 during the erstwhile Congress Government,  is expected to boost the healthcare facilities in the greater Kalaigaon area.

It is also hoped that the hospital would serve the people of the Udalguri and adjoining Darrang district.

Addressing a gathering on the occasion, Mahilary said that the State Government and the BTC authority have accorded top priority to improvement of healthcare facilities in the region so that the poor and needy could avail the best medical facilities.

He also expressed his gratitude to Pragatisil Mancha for donating the plot of land over which the hospital is built and lauded the pro-active role of the then AGP legislator Mukunda Ram Chowdhury.

The inaugural ceremony, which was presided over by Executive Member of BTC, Jagadish Sarkar, was inaugurated by Deputy Commissioner, Udalguri, Dilip Kumar Das.

The Joint Director of Health, Udalguri, Dr. Tayabur Rahman, elaborated the purpose of the meet.