The decision has been taken as “a situation has arisen in which the administration of the Bodoland Territorial Area Districts cannot be carried on in accordance with the provisions of the Sixth Schedule to the Constitution of India”, said a government notification.

Assam governor Prof Jagdish Mukhi, in exercise of the powers conferred by sub-paragraph (2) of paragraph 16 of the Sixth Schedule of the Constitution of India, assumed the administration of the districts under BTAD and all functions and powers vested in or exercisable by the BTC with immediate effect.

The governor, through the notification, issued on Monday by M. Angamuthu, commissioner & secretary to the WPT&BC, declared that all functions and powers vested in or exercisable by the BTC, the executive committee, CEM, deputy CEM, speaker, deputy speaker and Ems of the Council under the Sixth Schedule or any law in force in BTAD shall, subject to his superintendence, direction and control.

“This order shall take immediate effect and shall, unless terminated earlier or extended further, remains in force for a period of six months,” said the notification.

Meanwhile, IAS officer Rajesh Prasad, principal secretary to the animal husbandry & veterinary department, has been appointed as the BTC administrator.

The governor has given the responsibility of the BTC administration to Prasad after taking over the charge of the Council.

United People’s Party Liberal (UPPL) president Pramod Boro has welcomed the decision of the government to bring the region under governor’s rule.

All Bodo Students’ Union (ABSU) has thanked the Assam governor and the state government for declaring the governor’s rule in BTAD.

“It is a justice towards BTR people for good administration, corruption free and to fight against COVID19,” said Dipen Boro, the president of the organization on his Facebook page. 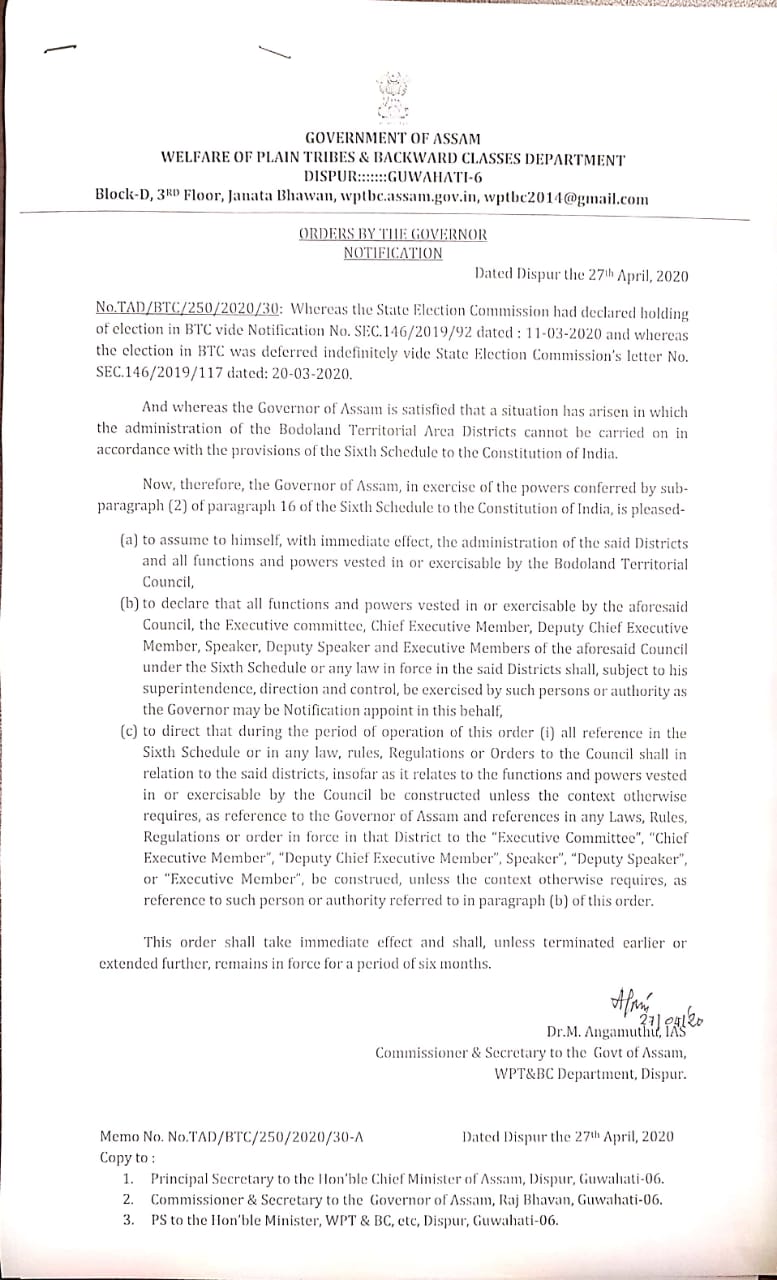