Assam: British tourist cremated at Jorhat; ashes to be sent back to the UK 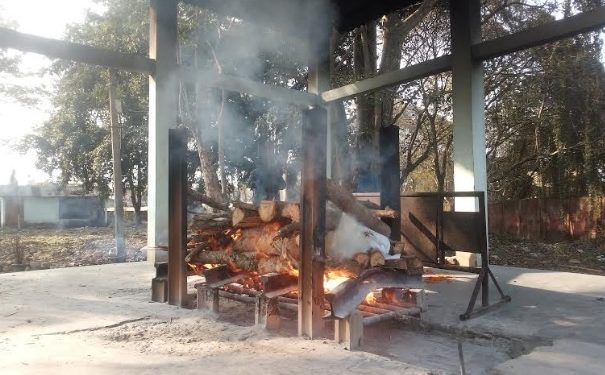 The body of the British tourist which was lying at the morgue of Jorhat Medical College Hospital since January 31 was cremated at the Tarajan crematorium on Thursday as per the wishes of his kin.

His ashes will be sent back to his home.

Alastair Neil Macdonald (83), one among a 24-member group of tourists from the UK, was found dead on January 31 morning on the luxury cruise liner Charaidew II.

The luxury cruise was travelling along the Brahmaputra from Guwahati to Upper Assam.

Jorhat deputy commissioner Roshni A Korati was in touch with the British Deputy High Commission in Kolkata.

The official had told her that the kin of the deceased had requested the British High Commission to cremate the body at the place of his demise and then send back the ashes.

SDO Sadar Bipul Das said Macdonald’s cousin Fiona M MacDonald had hired the private firm, India Rescue Funeral Services, to conduct the cremation and collect the ashes to be sent to the UK.

“The cremation took place this afternoon after officials from the private service provider had arrived,” Das said.

The body of the tourist was kept inside a glass covered portable cooling cabinet borrowed from Tarajan Cremation Ground by the district administration at the morgue of JMCH.

Also read: British tourist’s body to be preserved in Assam’s morgue for another 72 hours

Earlier on Monday, the Jorhat deputy commissioner had passed an order to keep the body in the JMCH morgue for another 72 hours after first 72 hours had lapsed from the time of death of the tourist.