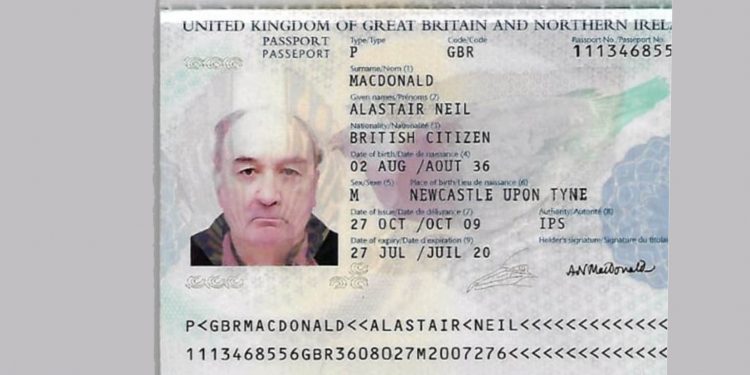 Copy of the passport of the dead British national. Image: Northeast Now

A British national, identified as Alastair Neil MacDonald, was found dead on board the luxury cruise liner Charaidew II at Nimatighat in Jorhat on Friday morning.

His name and identity were revealed from the passport which was recovered from near his body.

“The passport that was recovered shows Alastair Neil MacDonald as a citizen of the United Kingdom. He was about 83-year-old and was born at Newcastle,” police said.

A district administration official said the matter was reported to them at about 9.30 am.

The official said that Alastair was unwell and had received preliminary treatment at Garmur mini PHC in Majuli on Thursday.

He was travelling in a group of 24 people from the UK and the ship began its voyage from Guwahati on January 19.

The officer-in-charge of Jorhat Police Station NK Bora said that a post mortem had been conducted and that the administration was in contact with the British Consul in New Delhi for arrangements to take the body to the UK.