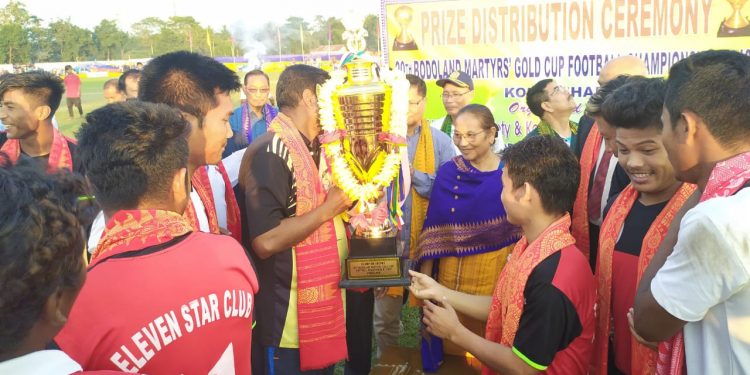 The important goal was scored by Thanel Singh in the 87th minute.

The champions’ trophy along with cash Rs one lakh was handed over by state minister of soil conservation and social welfare Pramila Rani Brahma.

The runners’ up trophy and cash Rs 50,000 was given away by the EM of sports and youth welfare, BTC Doneswar Goyary.

Ajanta Rabha of Bongaigaon Eleven Stars Club was adjudged as the best player.