The order to dissolve the party’s minority cell was given by Assam State BJP President – Ranjit Kumar Dass. 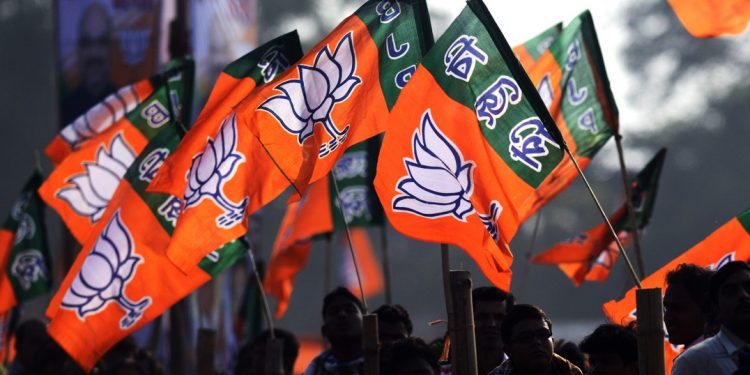 The Assam BJP has dissolved its minority cell after the party’s poor performance in the Muslim-dominated constituencies in the recently concluded Assembly elections in the State.

The order to dissolve the party’s minority cell was given by Assam State BJP President – Ranjit Kumar Dass.

The order issued by Ranjit Kumar Dass said that the minority cell of the Assam BJP will stand “suspended for an uncertain period of time”.

Notably, none of the candidates that the BJP and its allies fielded in the muslim-dominated constituencies managed to secure a win in the elections.

Altogether 31 Muslim MLAs have been elected to the Assam Assembly this time. But none of them belong to the BJP or its allies.

Of 31 Muslim MLAs to be elected to the Assam Assembly this time – 16 are from the Congress and 15 belong to the AIUDF.

“The party got far fewer votes in those areas than we expected. Even members of booth committees did not vote for BJP – so there is no need to continue with such non-cooperation,” Assam State BJP President Ranjit Kumar Dass said. 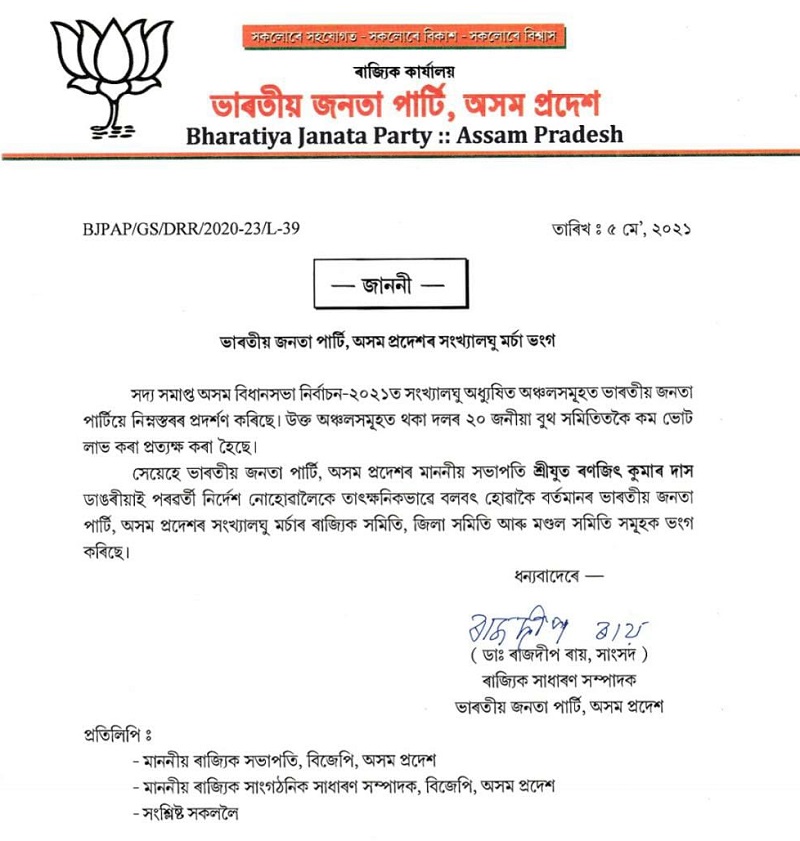 Other than the muslim-dominated areas, the BJP and its allies – the AGP and the UPPL did well to win 75 seats.

On the other hand, the Congress-led Grand Alliance managed to secure wins in 50 seats, of which 31 are muslim-dominated constituencies.