Four persons including two from Manipur arrested by Cachar Police 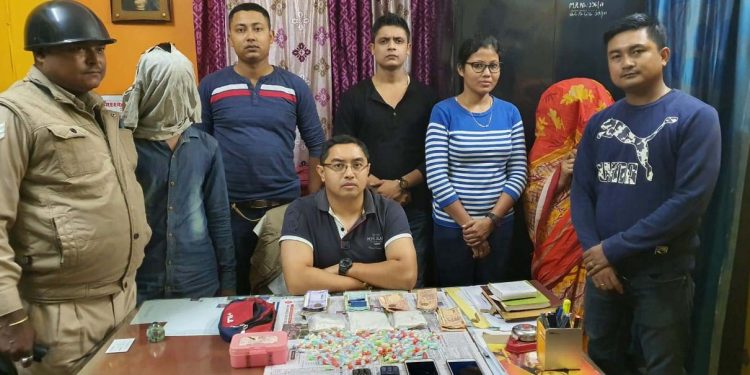 In yet another drive to prevent illicit movement of contraband items, Cachar Police seized a huge haul of banned drugs over Rs 20 lakh on Thursday.

The police carried out two separate raids against banned drugs in Cachar on Thursday.

On a tip off, a police team led by DSP (HQ) AJ Baruah carried out a raid in Kanakpur on the outskirts of Silchar with a team of police from Rangirkhari police outpost.

During the raid, the police team apprehended two persons for possessing 180 grams of heroin.

The drug peddlers were identified as Bappon Uddin Mazumder and Sajna Begum Laskar, post grueling of the duo by Cachar Police.

Police sources said, “We have found 180 grams of suspected heroin from the possession of the two arrested persons.”

“Apart from four mobiles, Rs 8,200 in cash and one Pulsar bike, bearing registration No AS-11-N-6208 were seized,” police sources added.

“The vehicle carrying the contraband drugs had a registration number MN-06-LA-2409. It came towards Bagha Bazaar from Mizoram,” informed a police official.