Most of the commercial establishments remained closed 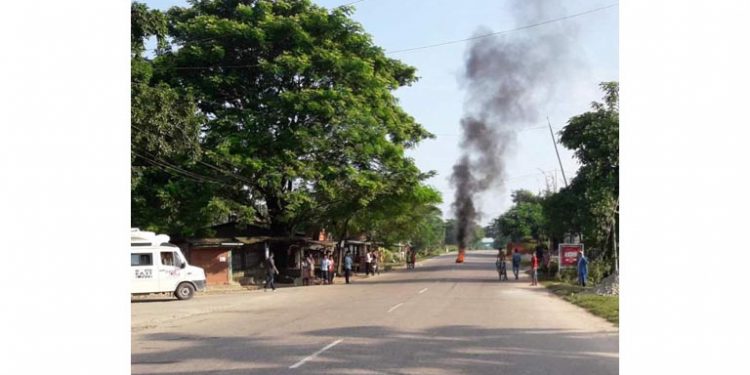 In Lakhimpur, all the shops and business establishments were completely shut down during the Assam bandh on Tuesday.

Banks, post offices and other financial institutions remained totally closed. Vehicular traffic was completely off the road during the day. There was no attendance by students in all educational institutes while the teachers and office staffs were seen attending due to the strict order by the district administration.

Though the judicial court remained open there was no attendance by concerned public.

In North Lakhimpur the bandh was marred by several incidents of blocking the roads by burning tyres by bandh supporters at different parts including on the NH-15 from Narayanpur to Gogamukh.

The bandh supporters also stopped the Rangiya-Murkongchelek express train at North Lakhimpur railway station in the morning. Police have arrested several members of KMSS, AJYCP and AATASU during the bandh.

The bill seeks to grant citizenship to people from Bangladesh in the state in the name of religion by amending Citizenship Act. The bandh was spontaneous despite the strict measures taken by the district administration to thwart it in the district.