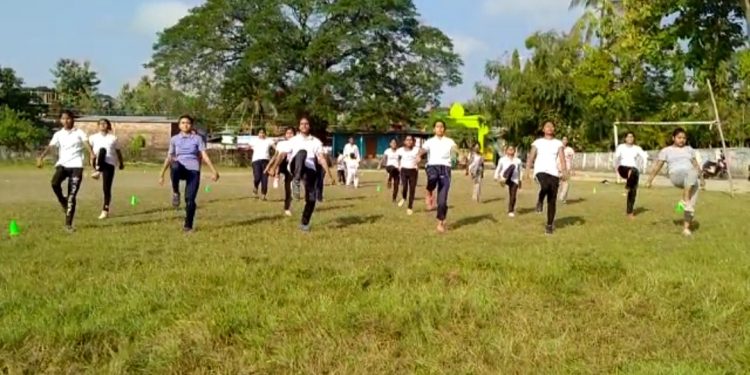 Girls and young women in Pathsala in Bajali district can now learn techniques of self-defence, thanks to the initiative of Arnab Sarma.

At a time when crimes against women are being reported from across the country, Sarma’s “ Bajali Karate Do” provides training to girls and young women in different forms of martial arts.

Moreover, the students are being provided training entirely free of cost.

The students comprise of students from the age of four years to 22 years.

The martial arts being taught by Sarma include karate, judo and taekwondo.

Arnab Sarma said, “Women in this country still don’t feel safe when they step out of their houses and travel alone late at night. So I decided to teach girls and young women different forms of martial arts.”

“The training and discipline required in martial arts enable them to defend themselves in the face of any danger,” he said.

According to the annual National Crime Record Bureau’s “Crime in India” 2019 report released in September, Assam reported the highest rate of crimes against women (177.8 per lakh population).