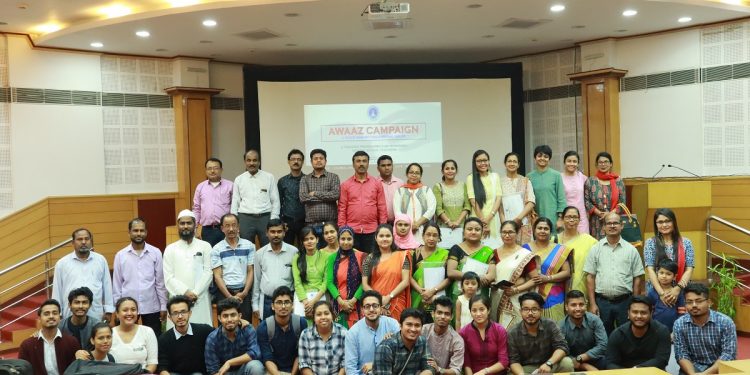 The campaign aims to sensitize various stakeholders and raise a voice against the menace of child sexual abuse.

The programme, which was organized at the council hall of the University, started with the welcome address by Saurav Basu, the President of Tezpur University Students’ Science Council.

This was followed by a discussion with the audience.

The teachers representing the various schools took active part during the sessions and clarified their various doubts.

The vote of thanks was offered by Jyotishpal Deka, president of Tezpur University Students’ Council.

Notably, this programme was the first phase of the entire campaign which is an initiative by the Tezpur University students against child sexual abuse.

In the next phase, there will be outreach programmes where student volunteers from the University will be interacting with the students from around 23 schools.

During the outreach programmes, the organizers plan to sensitize the school students about the various aspects of the menace of child sexual abuse like differentiating good touch and bad touch among others.