Assam Assembly Elections: AIUDF to contest in 20 to 25 seats

The AIUDF has said that it will under no circumstances will break ties with the Congress party. 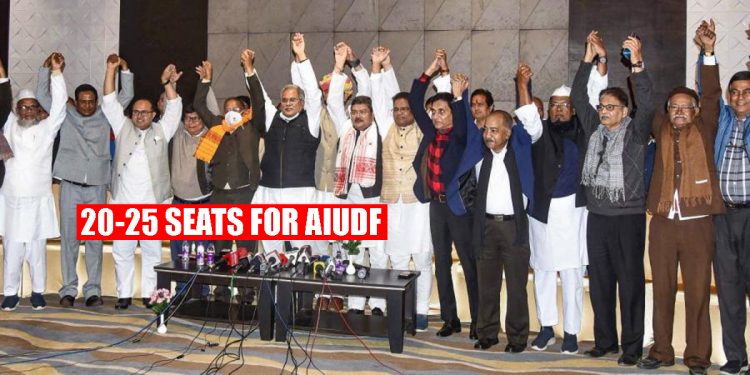 The All India United Democratic Front (AIUDF) will reportedly contest in as many as 20 to 25 seats in the upcoming Assam Assembly Elections.

The decision was reportedly taken during a meeting between AIUDF Chief Badruddin Ajmal and Congress leader Rahul Gandhi in New Delhi.

AIUDF Chief Badruddin Ajmal and Rahul Gandhi also reportedly brought an end to the discussions on seat sharing arrangements between both the parties during the meeting.

Both the leaders also reportedly discussed formulation of a Common Minimum Programme during the meeting.

Notably, elections to the 126-member Assam Legislative Assembly is likely to be held in April this year.

The AIUDF has also cleared the air over speculated rift in alliance with the Congress party over seat sharing.

The AIUDF has said that it will under no circumstances will break ties with the Congress party.