Ahead of the Assam Assembly elections, the BJP on Thursday expelled 15 leaders, including former deputy speaker Dilip Kumar Paul, for contesting the forthcoming election as independent candidates.

The leaders have been expelled from the party for six years for joining the Assembly poll fray as Independents after being denied tickets.

Dilip Kumar Paul resigned from the BJP after he was denied a party ticket and is contesting as an independent from the Silchar constituency.

Lakshewar Moran is in the fray as an independent candidate from the Doomdooma seat.

Out of 126 seats in Assam Assembly, BJP is contesting in 92 seats and has left the remaining seats to its allies Asom Gana Parishad (AGP) and the United People’s Party Liberal (UPPL). 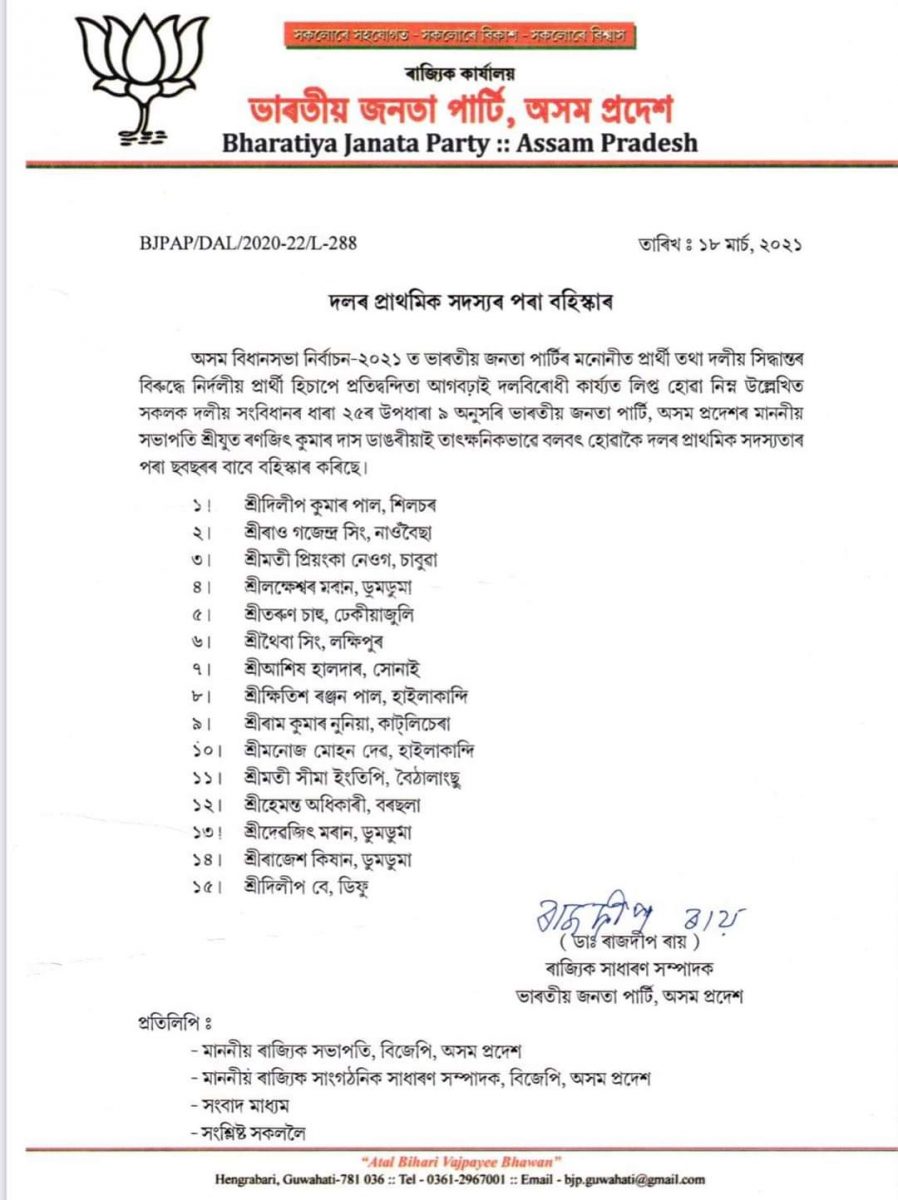