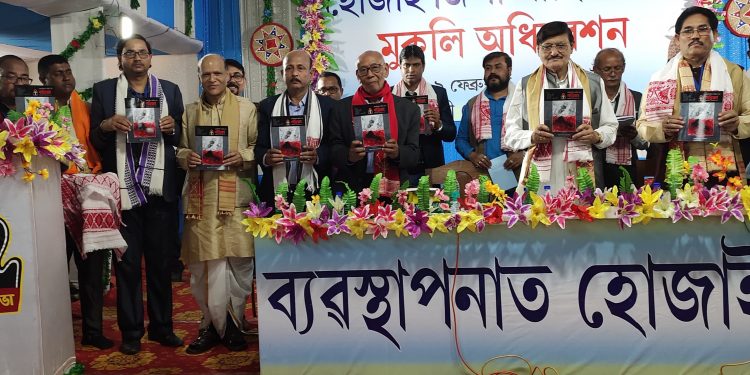 Both of them were here to attend the closing ceremony of the first full-fledged conference of Hojai Zila Asomm Sahitya Sabha held at Satyarti Bezbaruha Bhawan.

Speaking on the occasion, Saika said it is not important where from you take education but the way you solve any matter is significant.

Saika graced the occasion as the chief guest.

Saika further stressed on disciplined life adding it is the duty of parents to focus on their wards’ education.

He also said along with other activities parents should give their children knowledge of Assamese language.

He further said Asom Sahitya Sabha will carry on it’s efforts to safeguard the Assamese language, culture and it’s rich heritage taking every community together.

On this occasion, under the new president of Hojai Zila Asom Sahitya Sabha, Guneshwar Saika, an open meeting was held.

A total of eight awards were presented by Hojai Zila Assam Sahitya Sabha.

He was presented with a shawl,citation, a karhai and a cheque of Rs 50,000.

He was presented with a shawl,citation, a karhai and a cheque of Rs 25,000.