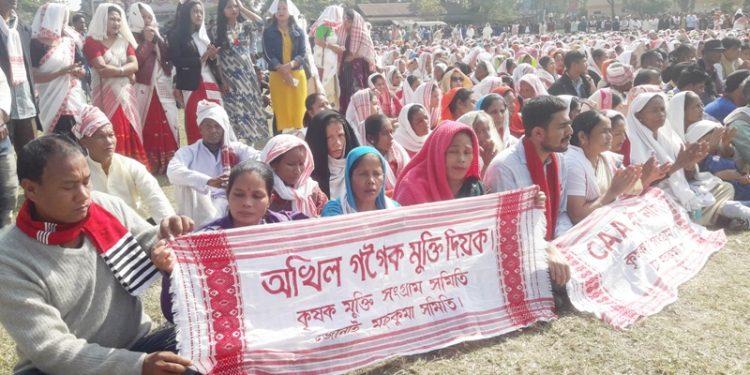 The rally was organised to demand the government to repeal CAA and release KMSS leader Akhil Gogoi and other leaders.

The rally was organised to demand the government to repeal CAA and release KMSS leader Akhil Gogoi and other leaders, who were arrested and put behind the bars for their alleged involvement in anti-CAA protests.

Addressing the rally, senior journalist Ajit Kr Bhuyan said the anti-CAA protest has creating tremor in Delhi and Dispur, compelling the BJP bigwigs to spend crores of rupees in the name ‘Peace Rally’ to befool a section of people. 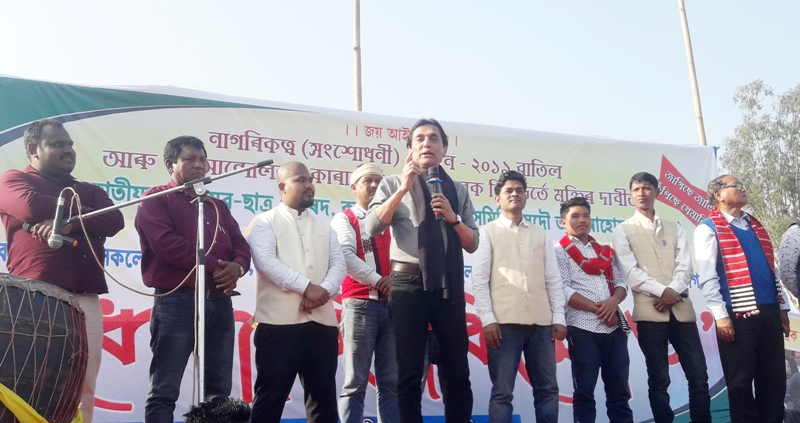 Alleging that the saffron brigade is contemplating illegal immigrants to give permanent settlement in Assam through CAA-2019 thereby resorting a conspiracy against the indigenous people.

“Leaders like Sarbananda Sonowal have betrayed the people of Assam. The BJP, which made ritualistic promise to initiate 2 crore employment a year and to deport Bangladeshis immigrants, but it has miserably failed to do so,” Bhuyan said.

He said the BJP is trying to suppress the ongoing movement by adopting unfair means.

“The government hatched a conspiracy to derail the anti-CAA movement and arrested KMSS leader Akhil Gogoi and other leaders,” said the journalist.

He urged the people to continue the agitation and uproot BJP in next assembly election.

Bhuyan further alleged the BJP government is trying to divert people’s attention from anti-CAA movement by organizing ‘Film Fare Award’ and other glittering event in Assam.

He opined that the people of the state are not attracted towards such programmes.

Terming chief minister Sonowal as “puppet”, Bhuyan said Sonowal and his minister colleagues never dare to oppose any command given by the centre even after knowing that these are not favourable for the people of Assam.

Reiterating that AJYCP has been demanding government to introduce ‘Inner Line Permit’ in state in order to protect interest of Assamese people, but the government did not paid any heed to their demands.

“Nothing other than ILP system can ensure safety and security of the indigenous people of Assam”, he advocated.