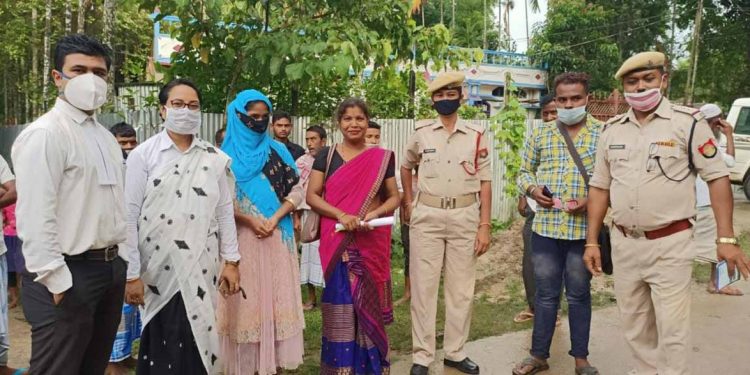 As per information, the marriage of a 12-year-old girl was fixed by her parents with a 45-year-old man, who already has two children.

As soon as DLSA general secretary Pronita Morang received the information about the marriage, she immediately informed panel advocate Ruhina Waris Choudhary and rushed to the spot.

Later, the minor was sent for health check-up and then shifted to Child Protection Home.

The locals have condemned the incident and demanded strict punishment for the parents of the girl and the supposed groom.

It may be mentioned here that DLSA recently foiled five child marriage bids in the district.