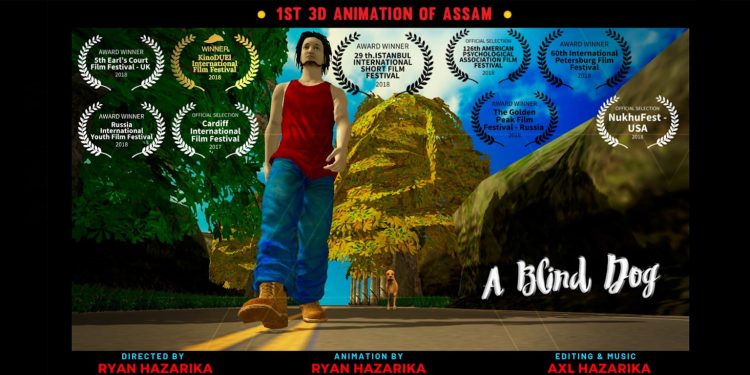 A Blind Dog– the first 3D animation film of Assam– has been selected for screening at the Cine Next Festival section in Bay Area South Asian Film Festival 2019, San Francisco.

A Blind Dog is produced by Axl Hazarika and directed and animated by Riyan Hazarika.

Axl Hazarika has also composed the music for the film.

Reema Das’ Bulbul Can Sing– another award-winning Assamese feature film- has also been selected for screening in the same category.

“We are thankful to all for your support so far in our journey of official selection it more than 50 prestigious international film festivals,” Axl Hazarika said in a message to the media.