At a time when several hashtag campaigns are trending on the internet in India, several netizens and animals lovers in Assam have come together seeking justice for Shakti-a cat- who was brutally murdered by a resident of Guwahati.

Demanding justice for the dead cat, #JusticeForShaktiTheCat campaign has been initiated by the netizens in Assam, who aims to create a nationwide tweetstorm on Monday.

As per information available, on September 21 on Jyoti Pathak, a businessman of Guwahati and owner of Pathak Stores in Juripar area of the city, allegedly hit a cat with an iron rod for several times causing severe brain injuries.

The cat, who was known as Shakti, fought for her life for two days before succumbing to the injuries on September 23.

Seeking justice for the dead cat and punishment for its ‘murderer’ two hashtag campaigns – #JusticeForShaktiTheCat and #ArrestJyotiPathakTheCatMurderer have been initiated by various animal lovers. 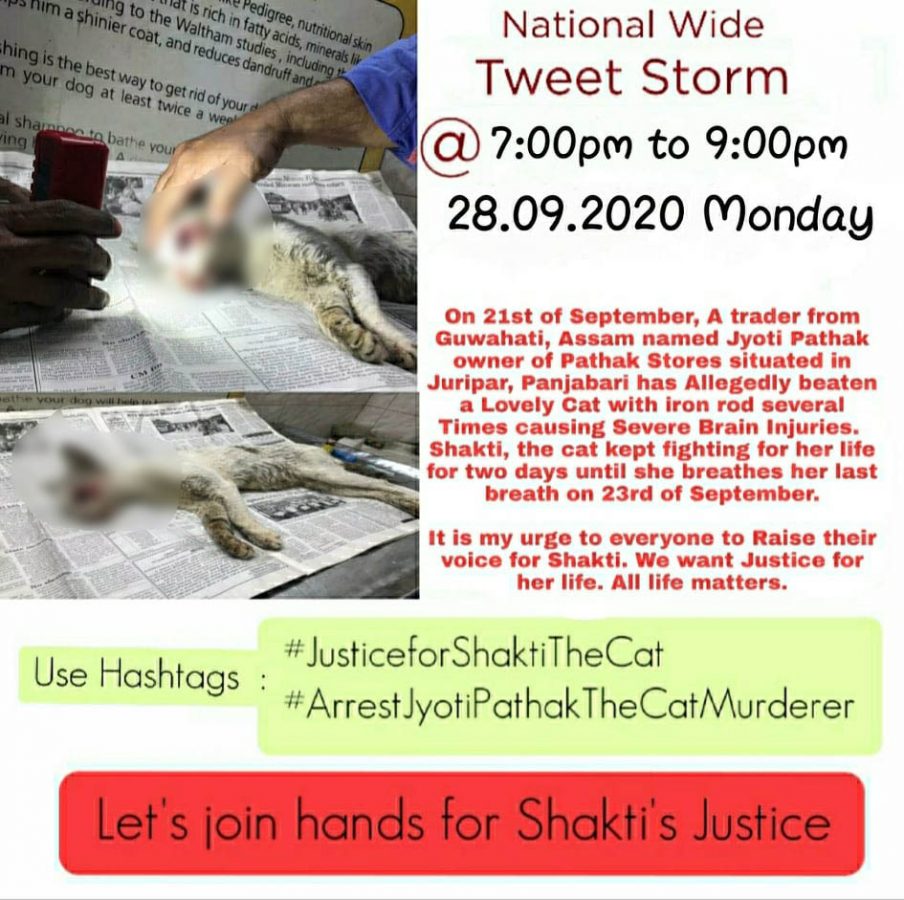 “We want the culprit behind the bars. We call every netizen to join us and tweet as much as they can using the above two hashtags tomorrow from 7 am to 9 pm,” said Karabi Talukdar, an avid animal lover.

“Animals also have a life and their lives matter too. We want the culprit behind bars,” she added.

“Had it been some celebrity then people would have jumped in. Let’s not sit quite thinking it to be just a cat,” she further said.

“We hope people will join us in our mission,” she added.

A case was registered against the shopkeeper but was later released and animal lovers have alleged that the “murderer was released only because the dead was a cat and not a human”.

It may be mentioned here that this is for the first time that such a hashtag campaign has been launched in Assam.