APRO move into next round; Assam Police Blues will take on Mangaldai Town Club on Friday 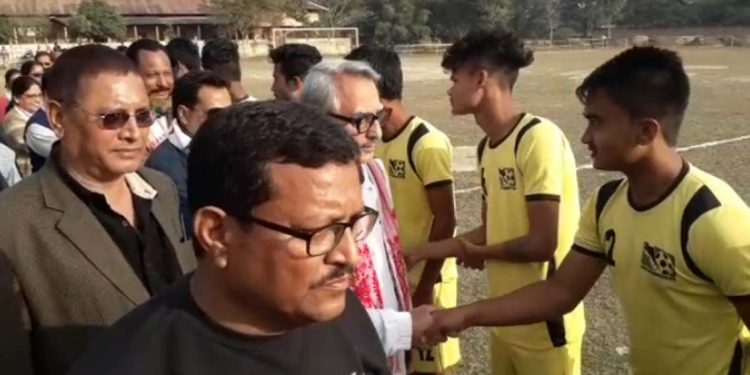 Assam Police Radio Organisation (APRO) on Thursday moved into the next round of the 40th Amba Medhi Prize Money Invitational Football Tournament which is underway at Mangaldai.

In the inaugural match at the newly-developed Mangaldai Vidyapith Playground, APRO defeated New Model Sports Club, Udalguri 5-4 in the penalty shootout after the match ended in a goalless draw within the stipulated time.

Earlier, the tournament began amidst uncertainty following the non-availability of a proper football ground in Mangaldai with the Mangaldai Stadium, under the Mangaldai Sports Association, reportedly being leased out to the Board of Control for Cricket in India (BCCI).

It may be mentioned that uncertainty surrounded about the future of one of the premier football tournaments of Assam since last year after the organizers, Mangaldai Sports Association, decided to hand over the Mangaldai Stadium.

Mangaldai Stadium, which is the ideal venue for national-level tournaments, has been given to BCCI on lease for holding its cricket matches.

Last year, the tournament was organised in the last month of the year at Chapai playground, on the outskirts of Mangaldai town in Darrang district.

This time, it even crossed the schedule year.