Assam: Aid pours in for COVID-19 fight from Darrang 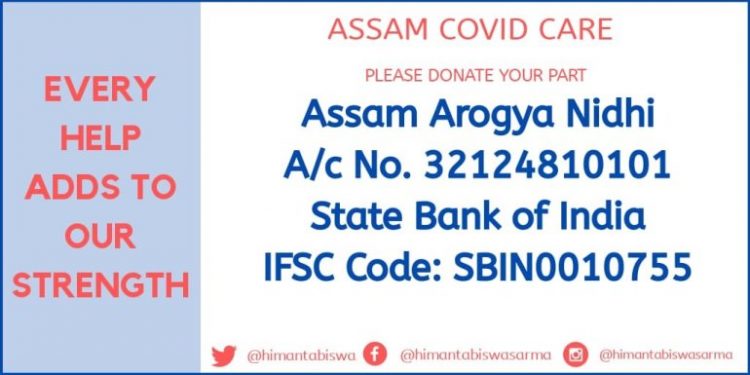 Voluntary public donations to the government for fighting against the deadly COVID-19 have been pouring in from Assam’s Darrang.

This includes the former chairperson of Kharupetia Municipality Board Krishna Saha among others.

Earlier on the day, Kharupetia BJP workers in presence of MP Saikia distributed packets of essential food stuff to more than 100 poor and needy families of the locality.

On the other hand, one day salary of 1427 numbers of regular primary teacher amounting to Rs 20,39,738 have been donated to Assam Aarogya Nidhi.

Moreover, an amount of around Rs 23 lakhs collected as single day salary of altogether 2451 numbers of teachers under SSA, Darrang and State Pool head have also been donated to the Nidhi.

This was stated to Northeast Now by Pawan Kr Jha, president and Bijay Kr Deka, secretary of Mangaldai Mohkuma Prathamik Sikshak Sanmilani, the pioneer body of the primary school teachers of Darrang.

Meanwhile, Dr Nagendra Nath Sarma, an octogenarian academician and writer, resident of Kalitapara has also joined hands in the line of financial contribution to the government.

He had handed over a cheque of Rs 21,000 to the authority of SBI, Mangaldai as donation to Assam Aarogya Nidhi.