Both the former Congress government and present BJP government have betrayed the Adivasi community: AASAA president 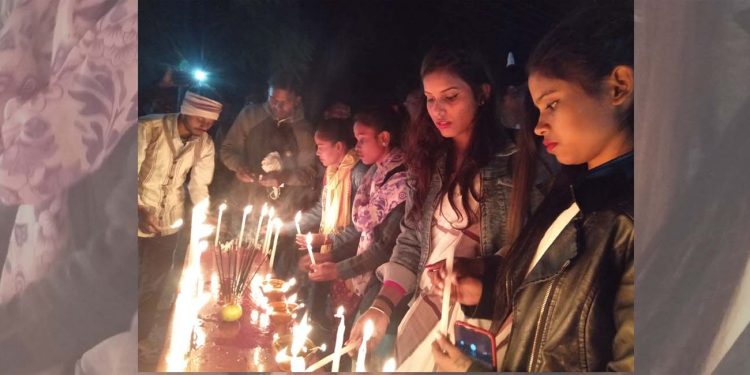 The Udalguri unit of the All Adivasi Students’ Association of Assam (AASAA) on Sunday observed black day at Tangla town in Udalguri district.

The black day was observed commemorating the incident of assault on Adivasi youths on November 24 in 2007 when Laxmi Orang, then a teen, was also stripped by some locals at Beltola in Guwahati.

Addressing the gathering, Lakra said, “Both the former Congress government and present BJP government have betrayed the Adivasi community by denying them the ST status in Assam, though they are recognized as ST in other states.”

On November 24 in 2007, the AASAA activists and supporters had gone to Guwahati to stage a demonstration demanding ST status and wage hike for tea labourers.

When they were proceeding towards Dispur from the Beltola area in Guwahati, some locals had started attacking them, allegedly after getting furious at the violent behaviour of the agitators.

The attackers even chased teenager Laxmi before stripping her naked.

Laxmi had gone to Guwahati to join the protest demonstration from Japowari Orang Basti in Sonitpur district from Guwahati. One youth was killed while more than 150 Adivasi youths were injured in the attack.