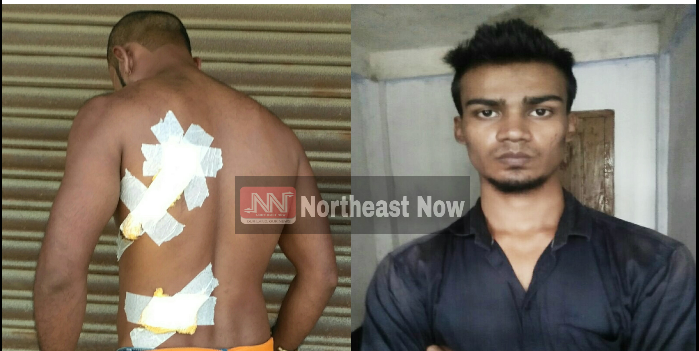 In a sensational incident, Deepjyoti Talukdar, advisor of the Hastinapur regional unit of All Assam Students’ Union (AASU), was seriously injured when a youth allegedly attacked him with sharp weapons on Thursday evening at Pathsala town under Barpeta district.

Talking to media persons, Deepjyoti Talukdar said he had received multiple injuries on the head and other parts of his body.

Talukdar has filed an FIR against Pinku Pathak at Pathsala Outpost under Patacharkuchi Police Station in Barpeta district on charges of being allegedly attacking him.

Talukdar also said, “Pinku Pathak, who attacked me, in which I received serious injuries, made such attempts earlier also. He was also sent to the jail for his involvement in such activities.”

It has been alleged that Deepjyoti Talukdar was called by Pathak from his home and attacked suddenly with sharp weapons near Pathsala Swahid Madan Rawta Civil Hospital.

A seriously injured Talukdar was immediately admitted to a nearby hospital.

The incident has created sensation in the locality.

Police registered a case 435/18 under section 307 of the Indian Penal Code (IPC) and booked Pathak. The police later arrested Pinku Pathak in the assault case and produced in the court which sent him to the judicial custody.

The intention behind the attack is not clear.

Pinku Pathak is the son of Bhumidhor Pathak and Nilima Pathak, residents of Haguri Gaon in Muguria area under Bajali Sub-division of the Barpeta district.

Meanwhile, the All Assam Students’ Union (AASU) has demanded strong punishment to the accused.