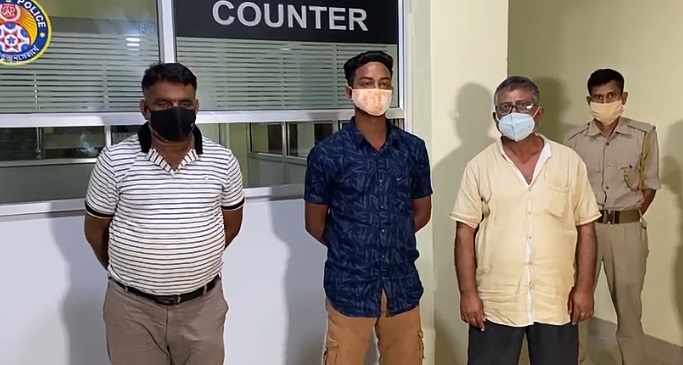 The cattle smugglers arrested in Dibrugarh

The police on Wednesday arrested three cattle smugglers and seized 95 cattle heads from their possession in Assam’s Dibrugarh.

A case has been registered against the three accused against Dibrugarh under relevant sections of the Indian Penal Code and Section 8 of the Assam Cattle Preservation Act, 1950.

The police also arrested Anish Rahman during a raid conducted at Panchali area and rescued 25 cattle heads from his possession.

“The cattle were brought from Silapathar area through river route. We are interrogating them and will take action against them,” Mishra said.

Mishra said they will be produced before the judicial magistrate on Thursday.

Sources said the cattles were brought for sacrifice during Eid.

“Tiklo Khan is a notorious cattle smuggler and smuggles most of the cattles through river route and sell them at a high price,” said a source.

“Many a times police seized cattle laden trucks in Dibrugarh during checking, but after sometimes they are released on the basis of forged documents. Cattle smuggling is an organized crime,” the source further said.