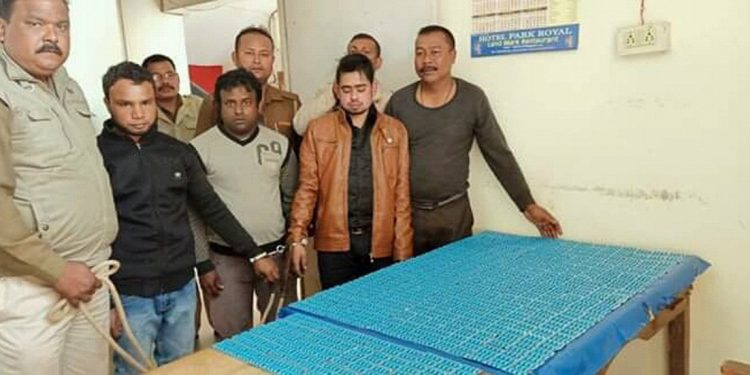 The Goalpara Town police with support from the district police arrested three youths from Hurkakuchi, on the outskirt of the town on Wednesday for possessing psychotropic tablets.

Based on specific inputs, a police team under the supervision of the in-charge of Goalpara town police outpost Jitendra Sinha laid a trap in the Hurkakuchi area connecting Goalpara and Pancharatna near the river Brahmaputra.

Three youths coming on R15 motorcycles were stopped for checking.

During the interrogations, their uneasy behaviour created suspicion in the minds of the police and subsequently the police team was able to recover a total of 3,000 psychotropic tablets from the possession of the 3 youths.

Shahadot Ali is a resident of Goalpara town while Rofiqul Islam and Munna Hoque Choudhury are residents of Kabaitary of Bongaigaon district.

They were bringing the huge consignment of the blue tablets to supply the same to their customers based in the Goalpara district.

The police have registered a case against the arrested youths and started an investigation in this regard.

The arrest has been termed as a success in the continuous endeavour of the police in Goalpara town to crack on the anti-social activists.