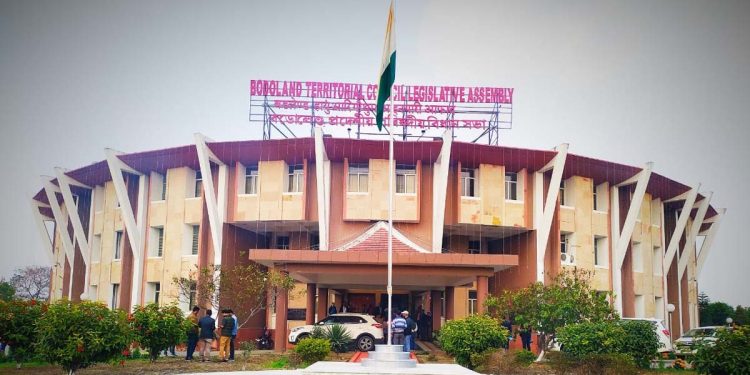 The Bodoland Territorial Council (BTC) principal secretary has ordered termination of 29 people, who were illegally appointed in Transport department during the Bodoland People’s Front (BPF) rule.

This has been termed as a major boost to the United People’s Party Liberal (UPPL), led by Pramod Boro, in its fight against corruption and illegal appointment in BTC.

The BTC principal secretary on Saturday in an order terminated the appointments of 29 people, including 8 assistant enforcement inspectors and 21 enforcement checkers in the Transport department of BTC.

The order termed the engagements as illegal and said it was done in an arbitrary manner by violating Article 14 and 16 of the Constitution of India.

The order by the principal secretary (No.BTC/Misc/Secy(BJM)ACS-02/2020/69, issued on August 7, 2020 stated that the BTC conducted an enquiry on allegation of nepotism in recruitment done in Transport department of BTC.

During the inquiry, “it is found that those appointments were not proceeded by existing govt rules and law relevant thereto”.

“The entire process leading to appointments of the persons was totally arbitrary as there was no advertisement, publicity, public notice, etc. where published for the purpose,” said the order.

“In view of the above and in pursuance of the approval given by the competent authority the engagement of the 29 persons against 8 nos of assistant enforcement inspectors and 21 nos of enforcement checkers which made under Transport department of BTC, being illegal and void-ab-initio are hereby terminated forthwith,” the order read. 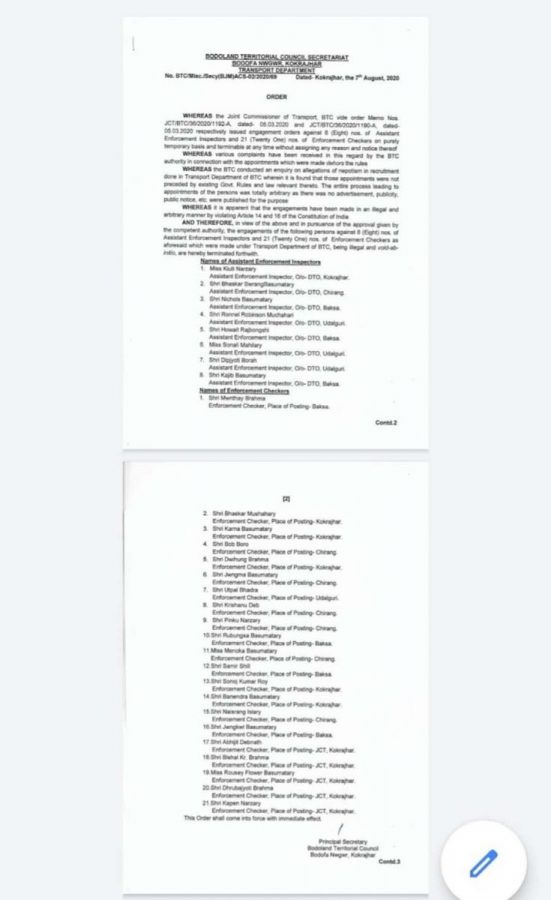