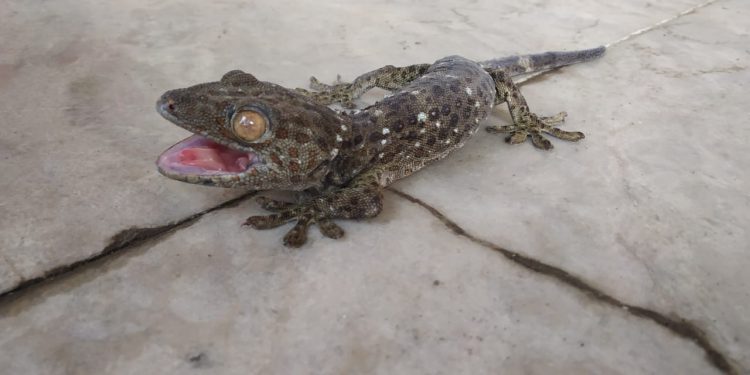 The police have intercepted a truck at the Chapar area of Assam’s Dhubri area and recovered 7,920 bottles of cough syrups from it.

The police also arrested the driver of the truck, Saiful Islam in this connection.

The accused is a resident of Jhawakura village in Bongaigaon district.

Acting on specific information on the transportation of a consignment of banned cough syrup, the officer-in-charge of Chapar Police Station conducted a search operation at the Chapar area on National Highway 17 and intercepted the vehicle.

The police found that the truck bearing the registration number ‘AS01MC9398’ was carrying the bottles of cough syrup hidden under 71 cartoons containing mangoes.

Police have registered a case against the truck driver and further legal action has been initiated against him.

On the other hand, the police also rescued a Tokay gecko, a rare species of reptile and arrested one smuggler from Jhagrarpar on the outskirts of Dhubri town.

The smuggler has been identified as Abul Kalam Azad, a resident of Jhagrarpar part IV village under Dhubri Sadar Police Station.

A case has been registered against him.

The police, meanwhile, handed over the smuggler and the reptile to the forest officials of Dhubri district for further investigation.

Meanwhile, in another drive the officer-in –charge of Sapatgram Police Station conducted a search operation at Khodmari village and seized one illegal saw mill.

The owner of the alleged saw mill has been identified as Baktar Ali and action is being taken against him, said police sources.