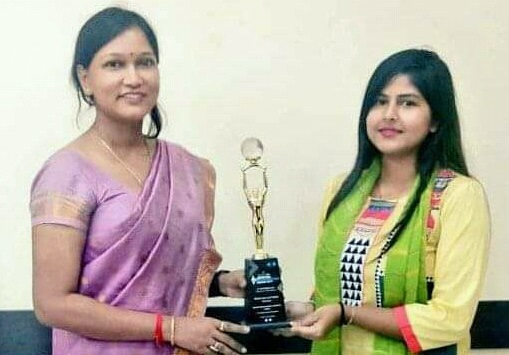 The award was won for two categories – Digital services and Mobile app.

The ‘Infrastructure snapshot app’ is a 24×7 android based one-of-its-kind convergence application developed specifically for infrastructure monitoring of public institutions and government schemes.

It was developed by Web.Com (India) Pvt Ltd, Guwahati under the guidance of Varnali Deka, deputy commissioner of Goalpara district.

The app is a comprehensive attempt towards combining all areas of governance including monitoring by government officials and members of the public, media, community-based organizations, NGOs etc, serving as a tool for empowerment, encapsulated feedback on all infrastructure and human resources of the district and bringing public participation to the doorstep.

After the launch of the ‘Infrastructure Snapshot App’, rigorous and regular monitoring of the various governmental schemes is evident as well as there has been an increment in the resolution rate of complaints and public grievances.

One of the major highlights of this application has been a significant improvement in the nature of inspection followed.

The inspection are carried by third parties and thereby bringing an increment in the transparency of the system.

The details of the grievances with photo and location are uploaded in the application and the concerned departments swing into action thereby saving precious hours of the state machinery.

The app has enabled for cross-checking of schemes by Government officials, third parties, members of the public etc.

The application serves as an important alert mechanism for natural disasters.

Besides, this initiative addresses the rural connectivity issues by way of offline loading and authentication of geographical data to prevent spurious ones from aggravating any situation including law and order.

An interesting feature of this application is that an instant snapshot of the whole district is readily available in this new application.

The app helps in identifying the areas of focus of the administration in prioritizing the affected areas.

Various organisations have congratulated the district administration for this feat.

“I am feeling proud that our effort is recognized and request all officials to create awareness for the App so that this can be more utilized for the betterment of the public,” said an elated Varnali Deka.

‘Governance Now ‘ is supported by the Ministry of electronics and information technology, power, NITI Ayog etc.