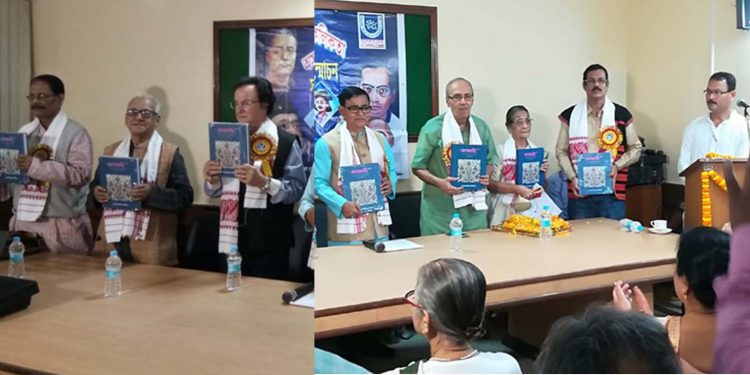 The special issue of ‘Sankranti’ with information on the 150-year-long history of the relationship between Assam and Kolkata was released recently.

‘Sankranti’, an annual magazine of the Assam Socio Literary (ASL) Club, edited by Deben Dewan, was released at a function in Assam Bhawan, Russell Street in Kolkata.

It may be mentioned that the Kolkata-based ASL Club has a glorious past.

It was formed in 1872 at the initiative of a number of brilliant and courageous Assamese students.

They played an important role in restoring the Assamese language.

It was mainly engaged in literary activities.

In the 60s, the organisation was renamed as Assamese Socio Literary Club (ASL Club).

The special issue of ‘Sankranti’ is a collection of articles where the readers will get information regarding the Assamese students who struggled hard in the past to save, protect and restore the Assamese language.

In this special issue of the annual magazine of the ASL Club, the readers will also get information on the history of Assam and the Assamese language and literature.