Pro-talk ULFA leader Dutta, who was detained at Gaurisagar in Sivasagar district on Friday, was formally arrested by city police on Saturday 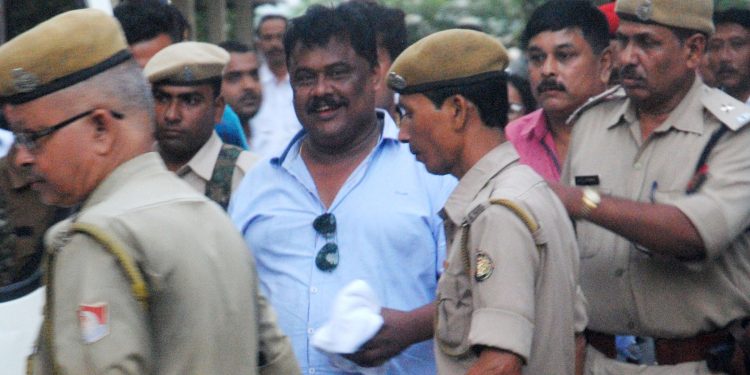 Pro-talk ULFA leader Jiten Dutta, who was detained at Gaurisagar in Sivasagar district on Friday, was formally arrested by city police on Saturday.

Police said Dutta has been arrested for making provocative and highly objectionable statements in connection with Citizenship (Amendment) Bill, 2016.

Following his detention, Dutta was brought to Guwahati from Gaurisagar on Friday night.  He was detained by Sivasagar police while he was on his way to Tinsukia from Guwahati.

After being medically examined, Dutta was produced before the Court of Chief Judicial Magistrate (CJM), Kamrup (Metro) which remanded him to 14-day judicial custody.

Police said that although police had sought five days’ custody for Dutta, the CJM Court instead remanded him to judicial custody.

Police arrested pro-talk ULFA leader Mrinal Hazarika from Guwahati on Friday and he was sent 14-day judicial custody for 14 days.

The arrest of Hazarika and Dutta came after unidentified gunmen shot dead five people at Kherbari under Dhola police station in Tinsukia district. Hazarika was arrested under section 120 b, 153, 153 A, 295 A, 506 of the IPC.