Arnab Goswami in a soup over suicide of interior designer 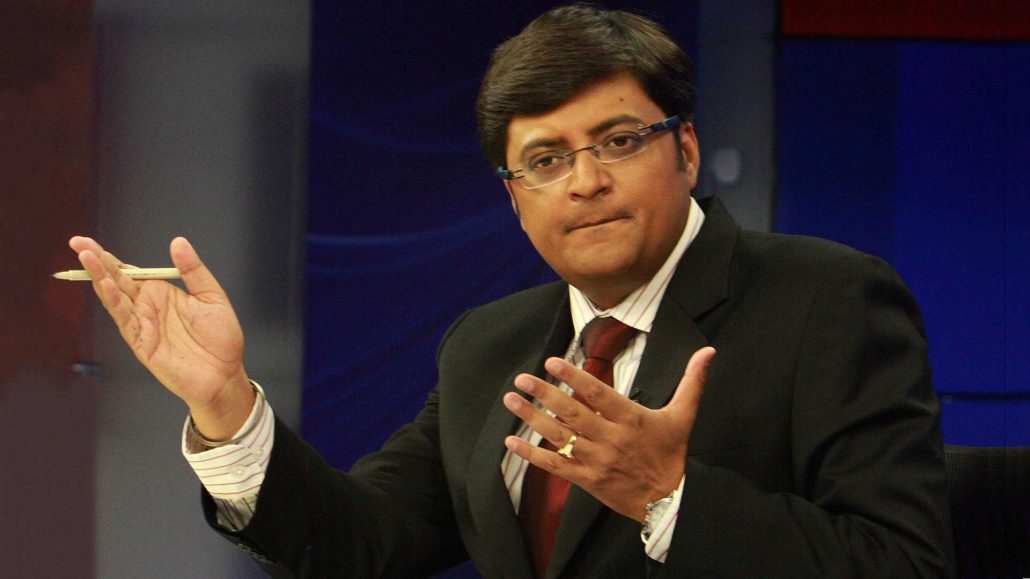 There is trouble brewing for firebrand brand journalist Arnab Goswami.

The Alibaug police have registered an abetment to suicide case against three persons, including the editor-in-chief of Republic TV, Arnab Goswami, in the aftermath of the death of an interior designer at his residence on Saturday, according to an Indian Express report.

According to the police, the interior designer Anvay Naik committed suicide by hanging himself at his bungalow in Alibaug.

Naik has left behind a suicide note accusing Arnab Goswami and two others associated with Republic TV of non-payment of pending dues for services he has rendered to the television channel.

Notably, the body of Naik’s mother, Kumud, was found near him.

However, the cause of his mother’s death is still not clear.

Both the bodies have been sent for post mortem.

Meanwhile, police have registered an abetment to suicide case against Goswami, Feroz Shaikh of IcastX/Skimedia and Niteish Sarda of Smartworks.

Naik’s wife has also alleged that he committed suicide as Republic TV did not pay his dues.

“Republic TV will take strict legal action against anyone indulging in such false propaganda. Republic TV would like to clarify that it had engaged the services of one Concorde Designs Private Limited sometime in December 2016. All amounts due and payable under the contract were paid by Republic TV to Concorde Designs. The details of payment, including cheque numbers, amounts, dates of payment, related correspondence and documentation are available with Republic TV. All such details and evidence will be given to the appropriate authorities as and when required. Our thoughts and prayers are with Mr Naik’s family,” the communique further stated.

Arnab, lately has been mired in controversies over his outrageous statements and tendency to become judgemental over certain issues.

Republic TV is blatantly accused of taking sides with ruling Bharatiya Janata Party (BJP) and is viewed as propagating the Hindutva crusade of the saffron brigade.

Arnab is the son of Colonel (Retd) Manoranjan Goswami who had unsuccessfully contested the Lok Sabha election from Guwahati constituency on a BJP ticket in 1998.