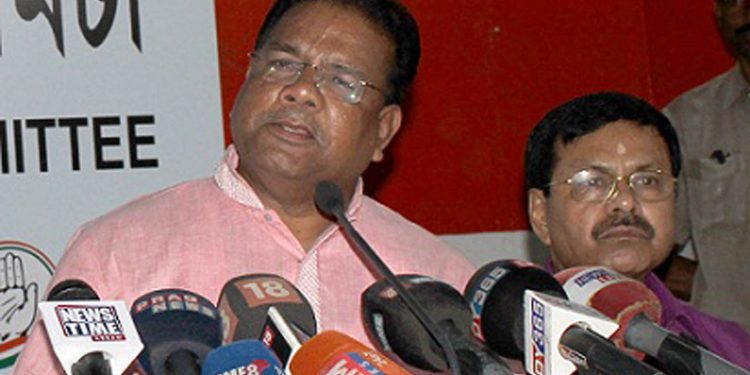 Assam Congress president and Rajya MP Ripun Bora 9 has hit out at the BJP-led Assam government for its U-turn on the poll promise to waive off the micro-finance loan of the women debtors in Assam.

“Earlier the BJP made a U- Turn on the increase of daily wage of the tea garden workers and now they are doing the same with the women of Assam, who had voted for the BJP in the hope that good days would come as the then finance minister Himanta Biswa Sarma himself made the promise through various platforms during the election,” APCC said in a statement.

“In 2019 when the Congress party voiced its demand in the Assembly that a law to regulate the various micro-financing institutions that have violated RBI regulations should be implemented but the then finance minister Himanta Biswa Sarma did not pay heed to this grave problem at that time,” it said.

It is only after a lot of pressure from opposition that a resolution to this effect was passed in the Assembly in 2020, the APCC said.

“Now the committee that has been formed under minister Ashok Singhal to look into the modalities for loan waiver has put forward various 6conditions which would not benefit the women debtors at all as expected,” the APCC said.

“But today even if we calculate Rs 300/ as daily wage of a tea garden worker, then excepting the women tea garden workers, none other women will be able to get the loan waiver facility,” the APCC stated.

If the women tea garden workers’ free essential commodities are added to their daily wage, then they will also be denied the loan waiver with this cap of the government, the statement said.

“This means a lot many women, who had got trapped in the micro-finance scam, would not be able to get out of it because of this condition,” it said.

The condition also extends to those families who have four wheelers and apprehension is rife among people now that perhaps those who have refrigerators may also not get the loan waiver, the statement further said.

“But many people buy four wheelers to make ends meet and many buy refrigerators for shops by taking loans. Some even use micro-finance to pay off EMIs as stop gap arrangements.  Will such families not be included?” the APCC questioned.

Now there is another condition that the government will only waive off loans of those micro-financing institutions that have followed RBI guidelines.

Now, the question arises how many such micro-financing institutions, that follow RBI guidelines, do actually exist?

And if such institutions are actually flourishing under the very nose of the government what was the BJP government doing all these years?

APCC president Ripun Bora said: “The total micro-finance outstanding loan is Rs12000 crore and a government that has been floundering on economic front both at the Centre and state made those  promises of loan waiver just to get votes from the women of Assam.”

“And the people of Assam once again fell prey to their lies of tall promises by trusting them. Hence the list in the book of lies grows longer day by day,” he added.