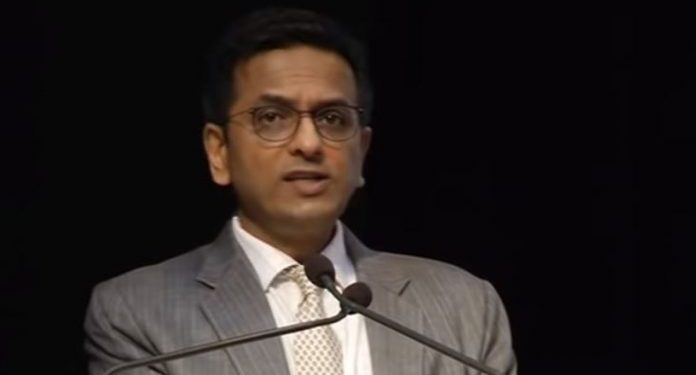 Supreme Court judge Justice DY Chandrachud has said that criminal laws, including the anti-terror law, should not be misused for quelling dissent.

He added that courts must act as first line of defence against deprivation of liberty.

Justice Chandrachud made these remarks in his address at the Indo-US Joint Summer Conference on Indo-US legal ties on Monday evening.

He stressed that no law can be employed to harass citizens and take away their freedom.

“Criminal law, including anti-terror legislation, should not be misused for quelling dissent or harassment to citizens,” he said.

He also cited his judgment in Arnab Goswami case to emphasise that courts must ensure that they continue to remain the first line of defence against the deprivation of liberty of citizens.

Justice Chandrachud underscored that depravation of liberty for even a single day is “one too many” and that judges must always be mindful of the deeper systemic issues of their decisions.

“Today, the world’s oldest and largest democracies represent these ideals of a multicultural, pluralist society where their constitutions are focused on a deep commitment and respect for human rights.”

Justice Chandrachud’s remarks have come amid the outrage over the death of 84-year-old activist Stan Swamy, who was stringent Unlawful Activities Prevention Act (UAPA), in the Elgar Parishad case last year.

Swamy died last week in Mumbai while fighting for bail on health grounds.

Many other cases where the stringent UAPA has been invoked have also been seen controversies.

After spending 17 months behind the bars, Assam leader Akhil Gogoi walked out of jail.

He was jailed under the UAPA in connection with a case against him over violent protests against the contentious citizenship law.

The court made strong observations against the indiscriminate invocation of UAPA by the government and police.