Thousands courted arrest in North Lakhimpur while participating in a massive ‘Satyagraha’ against the Citizenship Amendment Act (CAA) on Tuesday.

The Lakhimpur district unit of All Assam Students’ Union (AASU) in association with 30 other ethnic student bodies on Tuesday organized a huge protest rally against CAA at the A-Team playground of North Lakhimpur Govt. HS School.

The central committee of the AASU called for organizing ‘Satyagraha’ across Assam for three days since December 18 in protest against the CAA.

A large number of people from all walks of life including artists, senior citizens, women, students, and other people converged at the venue to show opposition to the newly passed Act which threatens the identity and existence of Assamese people, its language and culture.

Various artistes performed patriotic and nationalist songs at the ‘Satyagraha’ rally while speakers from various organizations called for unified, peaceful and democratic demonstrations demanding that the CAA be scrapped.

Later, the protestors took out a procession through the main streets of the North Lakhimpur town.

They converged in front of the office of the Lakhimpur deputy commissioner. 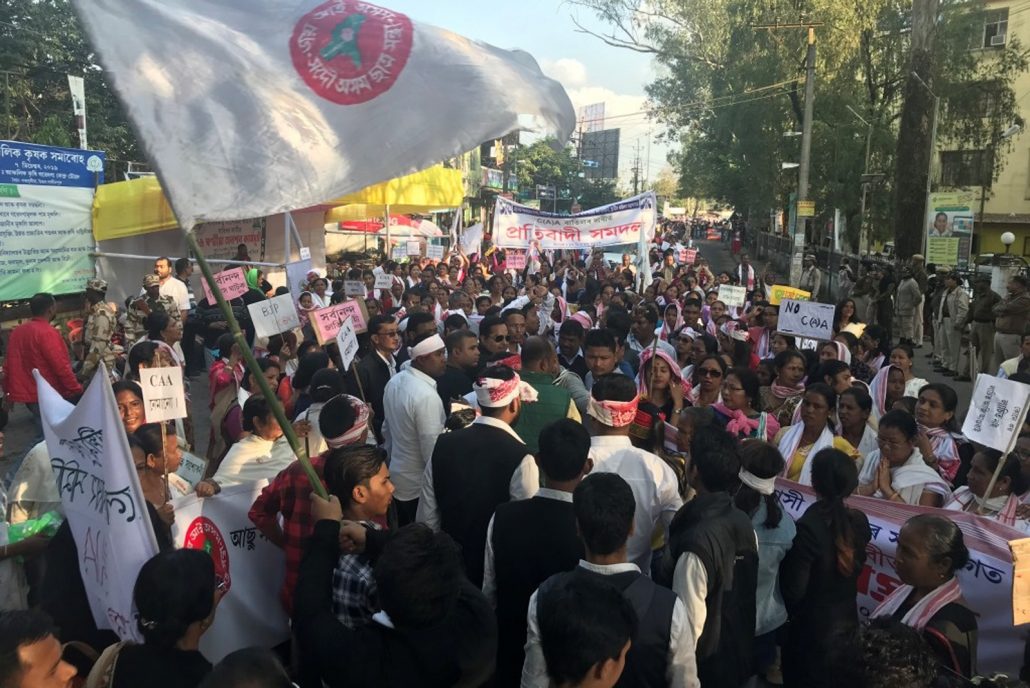 The protesting crowd courted arrest in presence of a magistrate and were taken to the playground of North Lakhimpur Govt. HS School before being released.

The Asom Jatiyatabadi Yuva Chatra Parishad (AJYCP) completed a 36-hour hunger strike in protest against the CAA in North Lakhimpur on Tuesday.

The Lakhimpur district unit of the All Assam Minority Students’ Union (AAMSU) also sat for a hunger strike in North Lakhimpur in protest against the CAA.