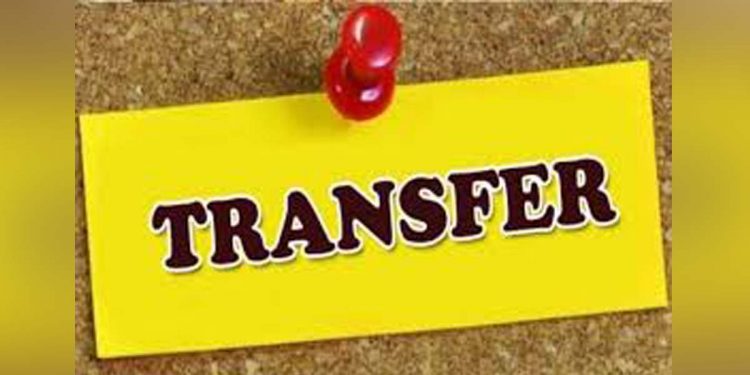 The Assam forest department has released additional principal chief conservator of forests-cum-CHD (forest) in BTC, Anindya Swargowari and directed to join his new place of joining after he disobeyed the state government’s notification on transfer.

According to an order, issued on Friday, Anindya Swargowari has been serving as additional PCCF-cum-CHD (forest), Kokrajhar in BTC for the last 5 years.

Anindya Swargowari, an IFS officer of 1988 batch, was transferred and posted as additional PCCF (A&V), office of the PCCF & HoFF, Assam in place of IFS officer Sandeep Kumar vide a government notification No FRE. 23/2014-H, dated April 19, 2021,  as proposed by the BTC authority, the order said. 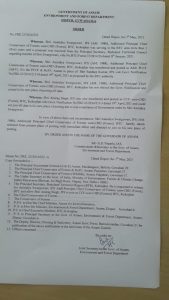 The order said: “Aninidya Swargowari, IFS (AM:1988), additional principal chief conservator of forests cum-CHD (Forest), BTC, Kokrajhar has not obeyed the Govt. notification and joined in his new place of posting till date.”

“Anurag Singh, IFS was also transferred and posted as CCF-cum-CHD (Forest), BTC, Kokrajhar vide Govt. Notification No.FRE.23/2014/213-.1 dated April 19, 2021 and could not join till date in his new place of posting due to non-compliance of Government order by Anindya Swargowari,” the order said.

In view of above facts and circumstances, Anindya Swargowari “stands released from present place of posting with immediate effect and directed to join in his new place of posting”, the order issued by commissioner & secretary (forest department) to the Assam government.