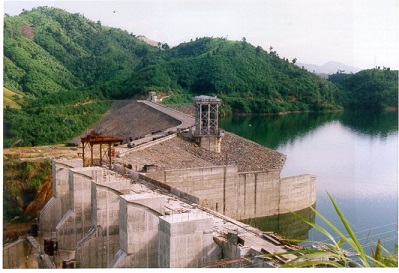 A team of Golaghat Police led by Deputy Superintendent of Police Partha Pratim Saikia on Saturday went to Doyang Hydro-Electric Project (DHEP) situated at Wokha district of Nagaland to inquire into the release of water by the North Eastern Electric Power Corporation Ltd (NEEPCO) authority without giving prior information either to the district administration or to the State Government of Assam.

The police team served notice to a top NEEPCO official to appear before the Golaghat PS on Sunday.

Saturday’s development came after the Bharatiya Janata Party (BJP) legislator from Khumtai, Mrinal Saikia, lodged an FIR against the NEEPCO for the prevailing flood situation in Golaghat district due to release of dam water.

Based on the FIR, the police have registered a case (No 578/18) under Sections 120 B (punishment for criminal conspiracy), 304 A (causing death by negligence) of the IPC, read with Sections 3 and 4 of the Prevention of Damage to Public Property Act, 1984, which deals with mischief causing damage to public property and mischief causing damage to public property by fire or explosive substance respectively.

The FIR has been filed against the chairman of NEEPCO and the chief project officer of DHEP.

“Our team went to DHEP and took the project officer, Priyabrata Das, to Bhandari Police Station in Nagaland where he was served a notice under Section 41 (A) of Criminal Procedure Code and asked him to appear at Golaghat Police Station tomorrow to record his statement,” said Dhruba Jyoti Bora, Additional Superintendent of Police, Golaghat.

On the other hand, the flood victims from various villages of the district on Saturday thronged the Golaghat Police Station campus and demanded immediate arrest of NEEPCO officials on the basis of the case registered.

Earlier, media reports stated that the chief project officer DHEP was arrested by Assam Police on the basis of the FIR lodged at Golaghat PS.