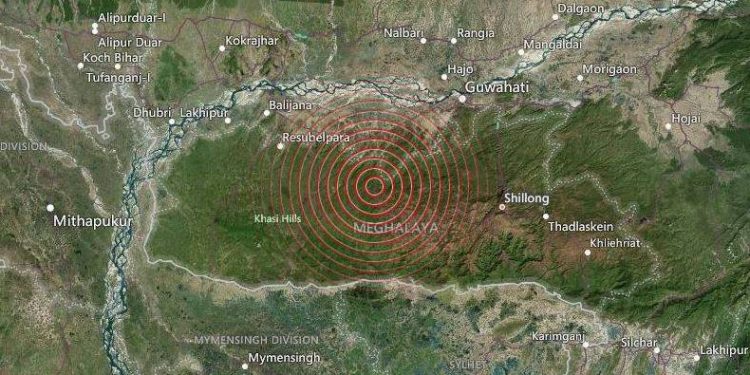 An earthquake of 4.4 on the Richter scale jolted Assam, Manipur and Meghalaya besides neighboring Bangladesh in the intervening night of Monday and Tuesday.

Till the filing of this news, there was no report of any damage.

The tremor was recorded at 1.30 am on Tuesday midnight, at a shallow depth of 10 km on latitude 26.69 North and longitude 91.15 degree East with epicenter at Nongstoin in Meghalaya. Nongstoin is 81 kiliometres from Guwahati, the capital city of Assam.

As per reports, the quake was felt by people in the area of the epicenter besides Shillong, Mairang in Manipur and Guwahati and its outskirts areas.

The tremor lasted for about 30 seconds.