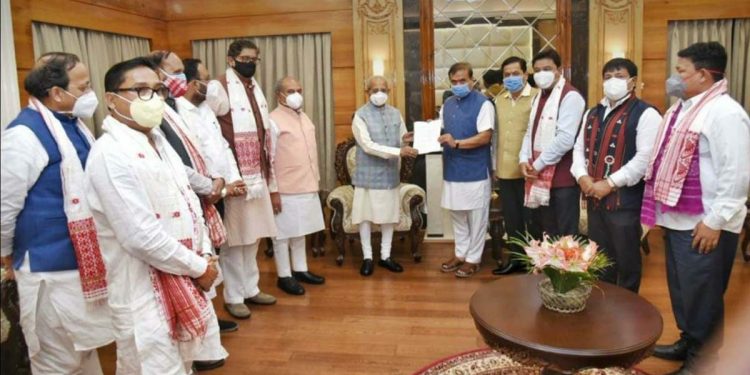 Along with Himanta Biswa Sarma, who will take oath as the 15th chief minister of Assam on Monday, 13 other ministers will also be sworn in as Cabinet ministers.

Sarma and the other ministers will take oath at a swearing-in ceremony to be held at 11:30 am on Monday at the Srimanta Sankardeva Kalakshetra.

Many of those, who were ministers in the Cabinet led by former chief minister Sarbananda Sonowal, have also been included in the new ministry, to be led by Himanta Biswa Sarma.

According to a list of ministers to be sworn-in on Monday, AGP president Atul Bora, Assam BJP president Ranjeet Kumar Dass and UPPL’s founder president UG Brahma will take oath as ministers.

Parimal Suklabaidya, Keshab Mahanta, Chandramohan Patowary, Sanjay Kishan, Pijush Hazarika and Jogen Mahan, who were ministers during the Sonowal regime, will also retain berths in the new ministry, according to the list.

The name of former Congress minister Ajanta Neog, who has retained the Golaghat seat on a BJP ticket, is also on the list of ministers.

Dhekiajuli MLA Ashok Singhal and Tingkhang MLA Bimal Bora will also get Cabinet berths as per the list.

However, there has been no confirmation regarding the departments to be allocated to these ministers.

During the meeting of the BJP Legislature Party held in Guwahati on Sunday, Himanta Biswa Sarma was elected as its new leader.

Later on Sunday, Himanta Biswa Sarma, accompanied by Sonowal other party MLAs and leaders met Assam Governor Prof Jagdish Mukhi at the Raj Bhawan and staked claim to form government in the state.