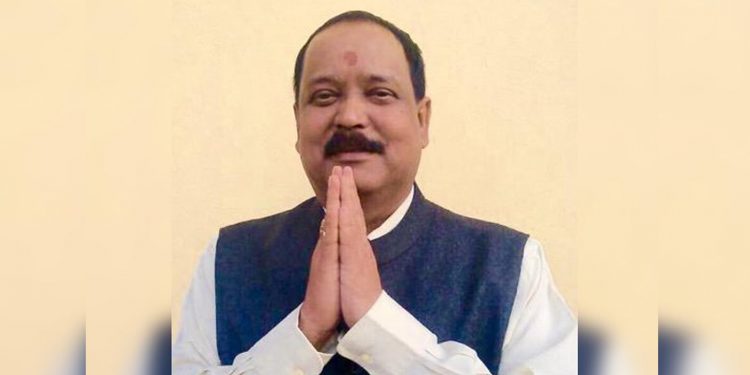 Borthakur, who won the recent bypolls from Rangapara constituency, was suffering from kidney-related ailments.

He breathed his last at TIMeS Hospital in Tezpur at 10.29 pm.

In a condolence message, the chief minister Sonowal said, “I am deeply saddened by the sudden demise of Rangapara MLA Rajen Borthakur. Late Borthakur was committed to the cause of the people and served the State with sincerity and dedication.”

“He left an indelible mark in the sphere of public service with his amiable nature and compassion to the poor and downtrodden.”

“His demise is an irreparable loss and the void created by his passing away would be profoundly felt by the people of the state. I pray for eternal peace of his departed soul and convey my deep sympathy to the bereaved family members,” added Sonowal.

Borthakur won the byelection with a record margin of 49,599 votes against Congress candidate Karthik Kurmi.

While Borthakur secured 78,301 votes, Congress candidate Karthik Kurmi could secure only 28,702 votes in the constituency.

Borthakur, known as a close associate of Assam finance minister Himanta Biswa Sarma, represented Tezpur Assembly constituency from 2011 to 2016 as a Congress MLA.

He along with eight other dissident Congress MLAs had joined the BJP before 2016 Assembly polls.

Borthakur was brought to TIMeS Hospital at around 4.30 pm on Tuesday.

“But the family members later wanted to shift him to the Hyatt hospital in Guwahati,” said a TIMES hospital official.

“However, the family members brought him back from midway and admitted into our hospital,” the official added.

The officer said Borthakur was suffering from heart-related ailments.

Earlier, even before the official declaration of the demise of Borthakur, BJP’s Bokajan MLA, Dr Numal Momin had tweeted: “We are shocked to hear the sudden demise of Rangapara BJP MLA Rajen Barthakur. A very humble politician of Assam, we lost early. May his departed soul rest in eternal peace.”